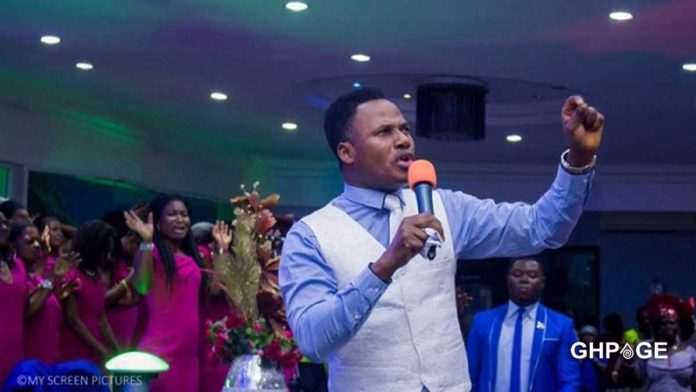 Its been over five years since the disappearance of Ghanaian musician Castro da Destroyer and his alleged girlfriend Janet Bandu. But Ghanaians are still waiting for the day both of them would resurface since their bodies are yet-to-be-found.

Well, the prophet who prophesied about the disappearance of Castro has in a new video come out to tell Ghanaians and fans of the musician to forget about him completely since he is not coming back.

It would be remembered that some weeks ago we published a story where a brother of Castro revealed that he (Castro) knew he would drown one day because he has been told by a prophet before.

Well, we have finally gotten the identity of the said prophet who made the revelation to the missing artiste who has also passed a new prophecy against Castro.

According to the Prophet identified as Prophet Amoako Attah he was indeed the one who made the prophecy to the missing artiste saying he met him on the12th June 2012 at Sowtoum Rescue Point.

When he had gone for fundraising which had Castro as the Chairman and it was at that point that he made the prophecy three times.

On the other hand, Prophet Cosmos Affran Walker has also disclosed that Castro is alive and would soon come back not just that as Prophet Reindolph Oduro known as Eagle prophet has also revealed that he knows the whereabouts of Castro and would reveal it soon.

Now the question we are asking is who is saying the truth?

Chinese couple arrested in Nigeria for locking up their 8 Nigerian employees in their...