The Ashaiman Area Head of The Church of Pentecost, Apostle Patrick Kingsley Ennin, on Sunday, August 18, 2019, left many people dumbfounded, shocked and shedding tears as he donated his entire End of Service Benefits (ESB) back to the Church to support the newly established Chairman’s Education Fund at the Pentecost University College (PUC).

READ THIS Castro is dead – Prophet who prophesied his disappearance confirms

Apostle Ennin made the announcement during his retirement service held at the James McKeown Temple in Ashaiman Estate District over the weekend. The colourful service was officiated by the General Secretary of The Church of Pentecost, Apostle Alexander Nana Yaw Kumi-Larbi.

The unexpected announcement of the donation which appeared very shocking to the entire congregation left Apostle Ennin himself, his wife, children, and the General Secretary as well as a section of the congregation in tears. 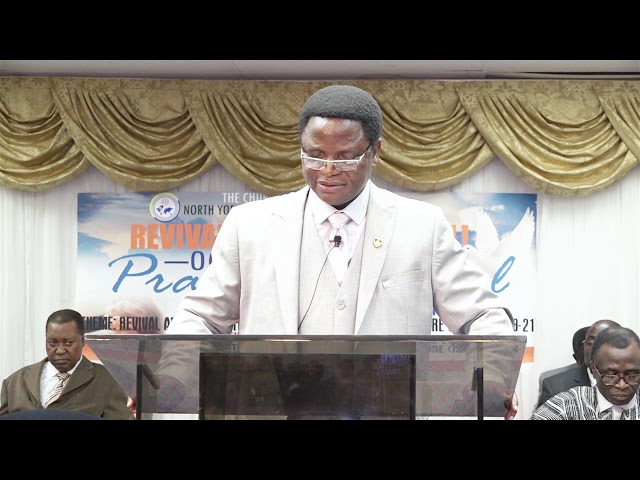 The gesture of the retired minister will definitely go in the annals of the Church because it is unusual for a retiree to donate all that he is supposed to live on for the rest of his life to charity.

Explaining the reasons for his action, Apostle Ennin said it is the Church that has made him who he is today, and that he felt that it is not proper for him to take any monetary benefits from his service to the Church.

He revealed that throughout his 33-year ministry, he has never used any transfer proceeds that were paid to him. According to him, he used the funds to construct church buildings and mission houses for the Church.

The General Secretary, Apostle Kumi-Larbi, who was lost for words, applauded the retired minister and his wife for their sterling giving spirit. He advised serving ministers not to make money their primary focus because God will surely take care of them if they serve Him faithfully.

Touched by his action, an elder of the Church, also donated a Toyota Land Cruiser V8 vehicle to Apostle Ennin to reciprocate his benevolent gesture. The Elder promised to personally service the vehicle and fuel it throughout its lifespan.

Meanwhile, a couple in the Ashaiman Area of the Church has also built a 5-bedroom house with a standby plant for Apostle Ennin. All five rooms have been fully furnished.

The house and the vehicle have since been dedicated by the General Secretary.