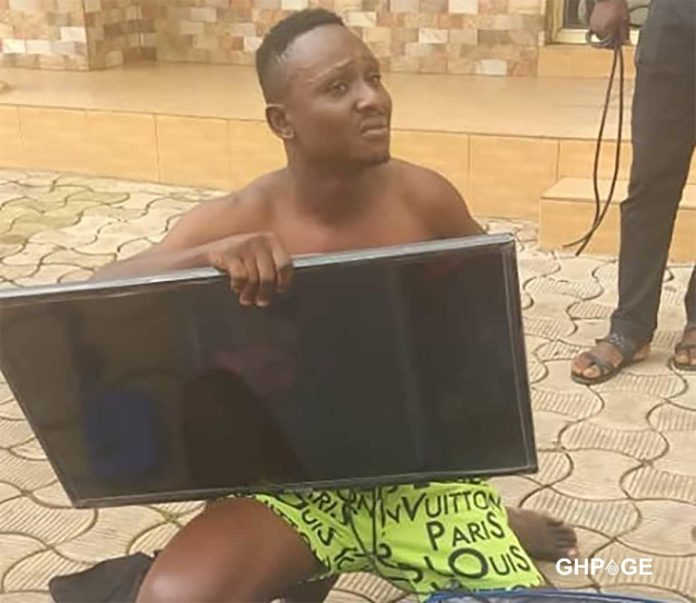 A young man is currently in the grips of the Nigeria police force after he was caught for stealing a flat-screen television from a hotel in Makurdi, Benue state capital.

According to the source, the young man after removing the flat screen from its original position placed it neatly in a trolley bag that he took to the hotel.

When checking out, the security personal on duty suspected foul play and requested to examine the bag before he finally takes his leave and it was at that point that he was caught with the item.

This was shared by a social media user with the username Vera Iyo who warned other hotels of the new antics employed by robbers as she shared photos from the scene of the incident.

This guy came to kyabiz hotel mkd, Gboko road to steal this plasma TV but unfortunately we cought him.this should be a warning to other hotels, this ppl are not joking oooo. While he was caught he had keys to order hotel rooms, should incase you have a missing Tv in your hotel check E division.. 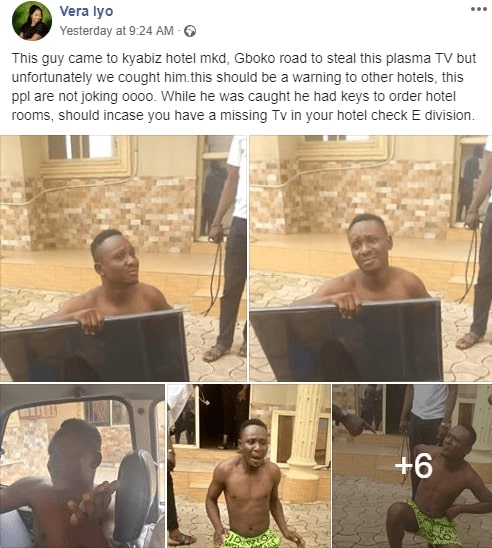 WATCH VIDEO: Rev Obofour Sprays Money At The Naming Ceremony Of His Triplets With His Wife, Bofowaa

Former Worker Of Burger King Ghana Reveals How She Was Allegedly Sacked For Theft...