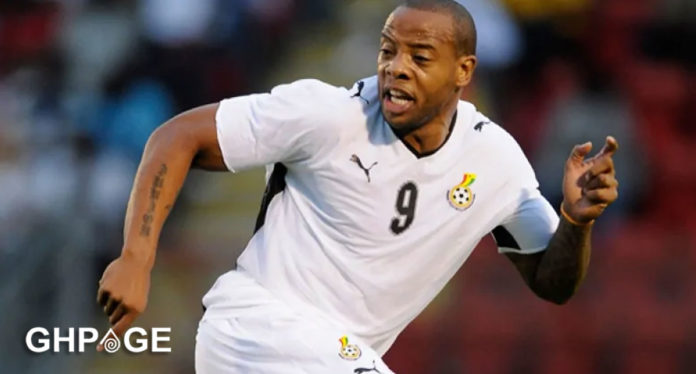 Yesterday, 20th of September, 2019, former Ghanaian striker Emmanuel Agogo was laid to rest. The funeral ceremony was held at the St. Mark’s Church, in London. Junior Agogo opted to be cremated hence he was given a private cremation ceremony.

The ceremony was attended by a delegation from the government of Ghana. They included; Deputy Sports Minister, Perry Okudzeto, leader of the delegation, executives of the Professional Footballers Association of Ghana, CAF Deputy General Secretary Tony Baffoe  and menbers of the GFA normalization Committee; Sammy Kuffuor and Naa Odofoley.

Junior Agogo died in London on Thursday, August 22, 2019 after battling with stroke for years. He was 40 years old.

Fare thee well gallant soldier. You shall be missed

Euro 2020: All to play for between France and Portugal on Star Times

Gov’t reduces the sudden increase of fuel prices from 17 pesewas to 9 Pesewas...