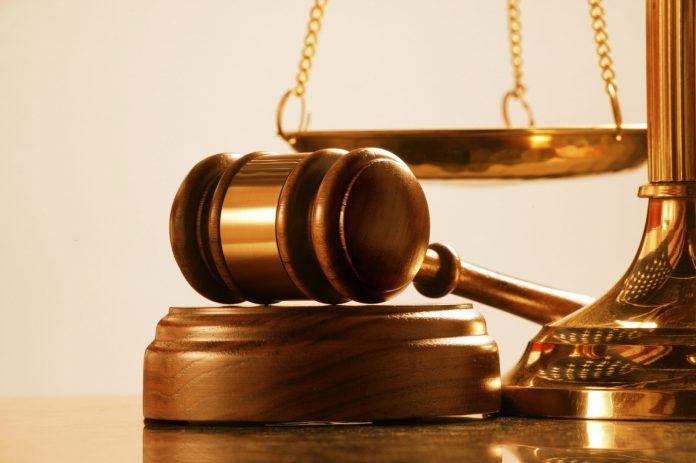 A 30-year-old unemployed man has been warned by a judge not step in any of the courts for any offence.

Gideon Ayiku was warned by Mrs Rita Abrokwa-Doku, a Circuit Court Judge, when he appear before her on a charge of causing harm to the left eye of his cousin Benjamin Bortie.

The Court had earlier convicted Ayiku for a year for chopping off Bortie’s ears and in addition ordered him to pay compensation of GHC2,000.00 to Bortie.

In the second matter brought before the Court today, Ayiku who is being held for causing harm again to Bortie without any provocation pleaded guilty and the court convicted him on his own plea.

The trial judge sentenced Ayiku to a fine of GHC1,800.00 in default serve another one year imprisonment.

Additionally, Ayiku is to pay a compensation of GHC4,000.00 to Bortei who suffered eye injuries. Bortie is to undergo an operation in the eye.

Again Ayiku, a serving convict, was to sign a bond to be of good behaviour for a period of five years.

According to the Court it took into consideration the plea for mitigation put in by his counsel, Mr M.C Nsor and the fact that he had shown remorse in the matter.

Earlier Ayiku, a father of three, told the Court that he was sorry for what he did and prayed the Court to forgive him since he was not going to repeat the act.

According to Ayiku, he was quick tempered and that caused him to harm his cousin.

Defence Counsel Mr Nsor told the Court that anger was a bad trait that all people must be careful about, adding that his client had shown remorse after the incident.

Prosecuting Deputy Superintendent of Police (DSP) Agnes Boafo said Bortie, unemployed is a cousin to Ayiku and they both stay in a family house at Nungua.

DSP Boafo said on July 3, this year at about 7:30 pm, Bortie went to Nungua (C5) to purchase credit for electricity supply. Meanwhile there was a pending court case between him and Bortie.

Prosecution said Ayiku trailed Bortie and in an open space threw a stone which landed on the left eye of Bortie.

Prosecution said the complainant also bled in the nose. Bortie managed to go to the Police at Nungua and a medical form was issued to him to seek medical attention and later Ayiku was picked up.

[Watch] COVID-19: Cuban doctors arrive in Italy to help with treatment of patients

Video Of A Man Beating The Hell Out Of A Female...

WATCH VIDEO: Man who wrote that he wanted to defile DJ...