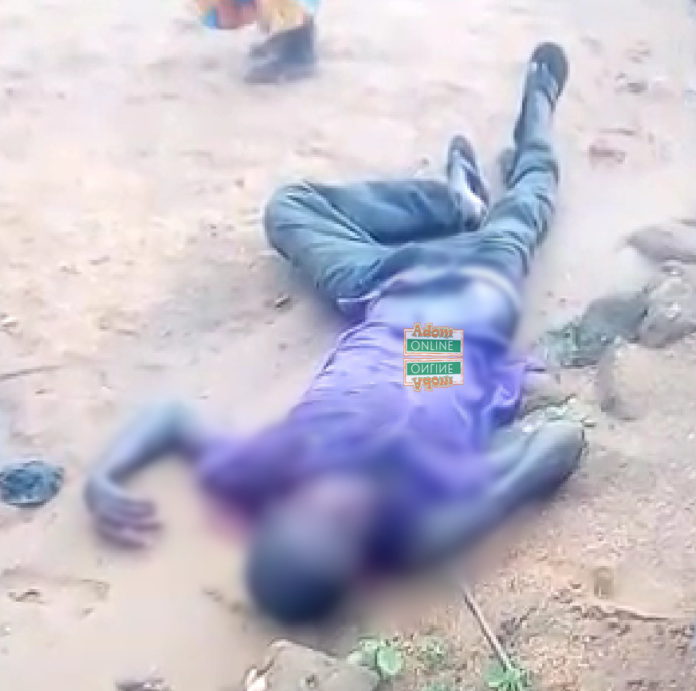 Kweku Anu, a resident of Gomoa Kweikrom in the Central region, has allegedly stabbed to death with an iron rod his 38-year-old friend, Kenneth Arhin after his cat chewed Mr Arhin’s fried fish.

Information available to Adom News indicated that the deceased met his untimely death during a confrontation with the suspect to demand money for his fish.

“We heard of the fight and went to the scene to find out what the problem was. We were told the deceased  confronted  Kweku for money to buy another fish but he turned deaf ears,” he said.

“The confrontation led to a heated  argument  between  them because Kweku was not willing to pay the money but stabbed the deceased with the iron rod with the defence that the deceased was the first to hit him with the rod,” he narrated.

The suspect has been apprehended and handed over to the Ojobi District  Police Command. The body of the deceased has been sent to the Winneba Trauma and Specialist  Hospital.

Listen to audio below

MTN Calls Salma Mumin After She Accused Them Of Stealing GHc10,000 From Her MOMO...

Licensing of Operators of Private Lotto (OPL) under Act 722 is illegal.