The Vice-Chancellor of the University of Ghana, Prof Ebenezer Oduro-Owusu, has been accused by Andrea Pizziconi, the CEO of Africa Integras of sexually harassing her.

In a tweet, Andrea Pizziconi alleged that the ‘sex for grade’ investigative piece that incorporated some lecturers at the University of Ghana resonates deeply with her.

She wrote that her company Africa Integras led a US$64mn infrastructure investment at UG which was defaulted upon by the current VC.

“I have remained mostly quiet despite the battery of attacks by Professor Ebenezer Oduro Owusu on my dignity. I was advised not to make waves and definitely not to raise the #metoo flag if I wanted to put the project back on track, which I do. Now I feel compelled to speak up and draw a direct line between this sex scandal and our derailed project,” her post read.

She claims at a UG Council meeting in August 2017, the VC suggested that the contract which was signed between herself and the past VC was invalid “as it was signed under duress in a hotel room.”

“Nothing could have been further from the truth and in fact of all my dealings at UG and in Ghana it was this VC who made me most uncomfortable,” she noted.

Andrea Pizziconi said Prof Oduro-Owusu declined to work with her to save the Africa Integras project on the basis that she was “far too pretty to worry my little head about the project, while declaring ‘turn around, everyone, I want to give her a proper hug’.”

She said, “My not doing so landed me in the headlines for years with attacks against my character and credibility despite the buildings sitting on campus for anyone to inspect. Now tens of thousands of young people have been deprived of those buildings since I was told I was ‘far too pretty’ to worry about livelihood.”

The BBC Africa Eye’s undercover investigations dubbed ‘sex for grade’ has opened a whole discussion on some of the ordeals some female students go through in the universities.

Breaking my silence on #universityofghana amidst this scandal & the VC’s attacks on me. Swipe to read. UG students: this affects us all. We’ll advocate until there’s change. #girlsfirstfinance launches this Fri the 11th. Sign up @ http://www.girlsfirstfinance.com  #africaintegras @BBCNews https://twitter.com/bbcafrica/status/1180800114878746629 … 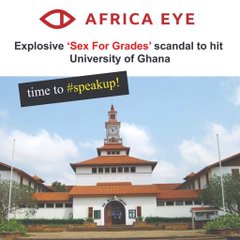 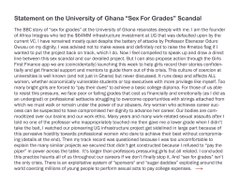 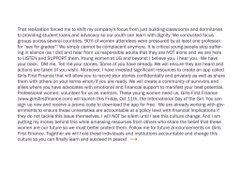 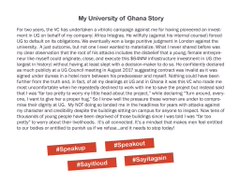 For the past year, BBC Africa Eye has been secretly investigating sexual harassment by lecturers at West Africa’s most prestigious universities. 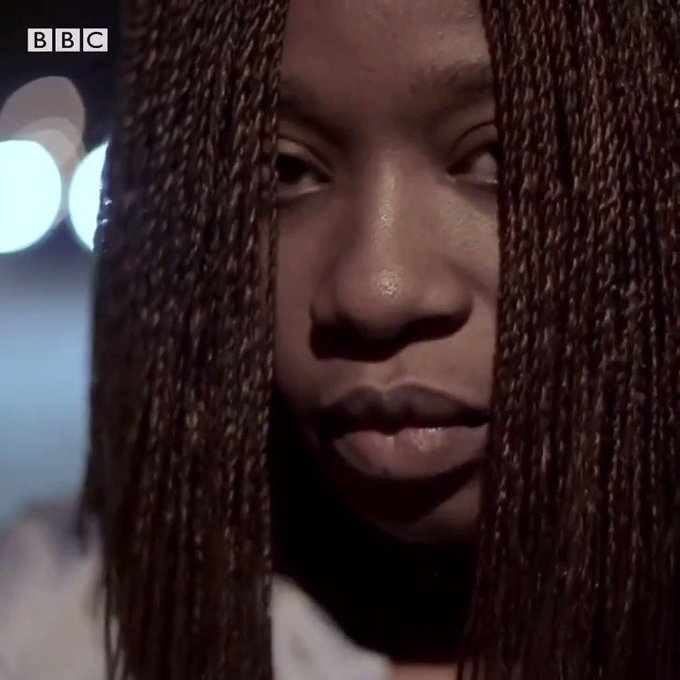 131 people are talking about this
Source: www.ghanaweb.com

Help Find This Lady Who Left Her Purse Containing 19,500 Cedis At The Mall;...