A Nigerian model, Olu, with the Instagram Handle, @Kxng.Olu has been ‘blessed’ with a brand new iPhone 11 from Oprah Winfrey after he met with her, and made a video, ‘With his cracked mobile phone.

After the conversation, he quickly brought out his phone, to make a video, and Oprah made a comment about his cracked phone.

Watch the video below, where she says, “That’s me with in your cracked phone”He then shared the video on his Instagram page, 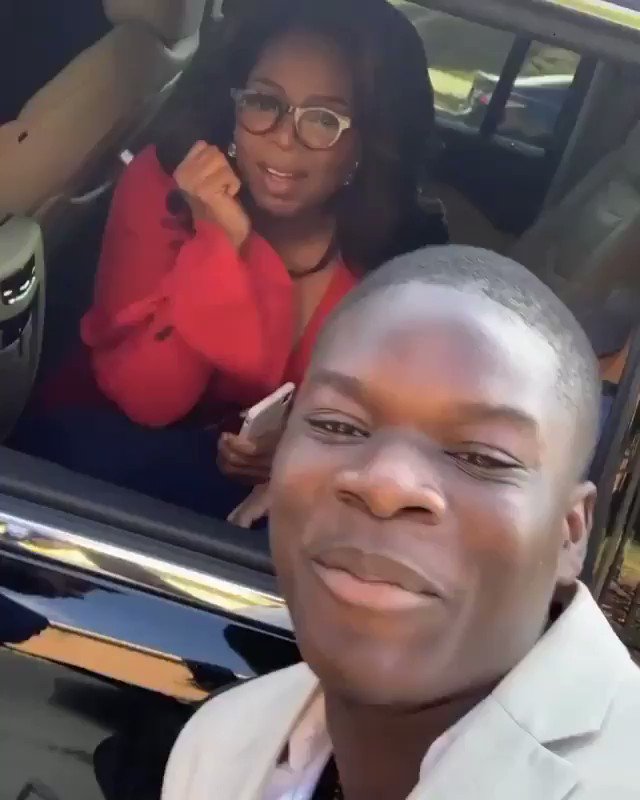 captioning it; “Today I was blessed with the opportunity to sit down and have a conversation with @Oprah Winfrey. After the assembly, my brother @zcs_5 and I caught her car and had another conversation with her. We hope to see her again soon and thank her for making this possible. #oprah #morehousecollege @morehouse1867”

READ ALSO:  Husband batters wife mercilessly after he allegedly caught her having s*x with another man

A Few days Later, Oprah sent him a note with a brand new iPhone 11.The signed note reads; “Dear Olufemi.

We can’t have you out here viewing the world through a cracked screen or a cracked cover. The new camera you’re gonna love for sure”