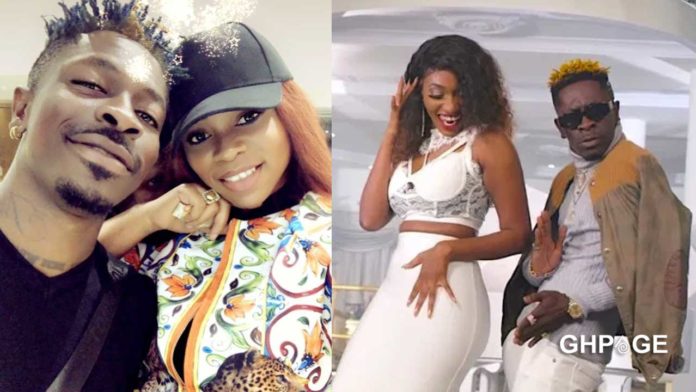 RuffTown records signee and the unofficial girlfriend of Dancehall artiste Shatta Wale, Wendy Shay has openly declared her willingness to marry the artiste should he come forward with a ring.

For some months now, reports have been rife in the media that Wendy Shay and Shatta Wale are dating.

Shatta Wale has always been professing his love for Wendy Shay in most of the interviews he has granted.

Wendy Shay who was recently interviewed on Star Gist were she reacted to the trending relationship matter.

During the interview, Wendy Shay was asked whether she is truly dating Shatta Wale as the latter has declared his intention to marry her.

In answering the question, Wendy Shay said she is waiting for Shatta Wale’s ring.

Well, during the launch of Shatta Wale’s “Wonder boy” album, the two got cozy on stage during their which even increased fans speculation that they had something up their sleeves.

We are still waiting for their wedding announcement.

Land use expert lauds government for decentralization of lands commission

Video: Meet the Ghanaian chief who is a taxi driver in America