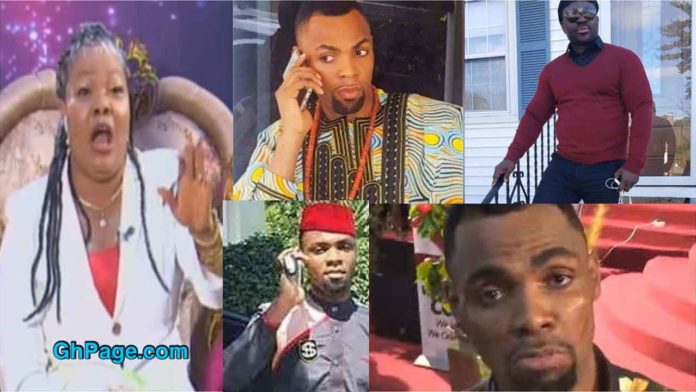 Popular Ghanaian fetish priestess Nana Agradaa has finally released the full phone conversation she had with the founder and leader of Anointed Palace Chapel, Rev Obofour.

In the phone conversation, Rev Obofour denied ever peddling lies against Nana Agradaa adding that he has no hands in all the verbal attacks at her.

The man of God also stated that he had no idea about the attack from his camp to Nana Agradaa.

He further pleaded with the fetish priestess to always verify information from him before attacking him.

Rev Obofour also added that he will not derive anything from tarnishing Nana Agradaa’s image and will never do that.

He also pleaded with Nana Agradaa to discard any information given to her about him because they are false.

According to Rev Obofour, he has no problem with Nana Agradaa but only has massive respect for her.

Listen to the conversation below;

The fetish priestess further advised Rev Obofour to be cautious about the people in his camp because they are only with him for monetary gains.

She also warned the man of God to also be careful with the people he has conversations with because they are the ones who are disclosing information about him to other people.

It can be recalled that Nana Agradaa initially disclosed that Rev Obofour contacted him to apologize and also warned his followers to stop attacking her.