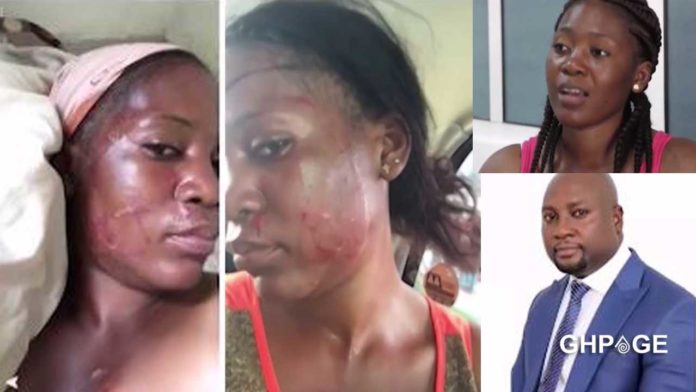 A side chick identified as Francisca Quaye has received some strong beatings of her life after she called on her baby daddy to demand rent allowance so she could take care of their child together.

Narrating the painful ordeal, she went through when she went to see the father of her son at his residence to ask him to help her take care of their son and also to help her pay her rent after all attempts to reach him on the phone failed.

Speaking in an interview with TV3, she stated that she went to the man’s house, only for the baby daddy together with his wife to physically assault her and even cut her face and arms with a razor blade and was luckily saved by neighbors.

Watch her interview below:

She went on to say that after the unfortunate incident, she went straight and reported to the police by the CID handling the case is yet to give her positive feedback and always raining insults on her when she goes to find out how far with her case.

READ THIS Aspiring Assemblyman for Santasi admits he smokes weed

Photos: Meet Juliana Murphy, The Gorgeous Lady Who Works As A Mechanic And Fixes...