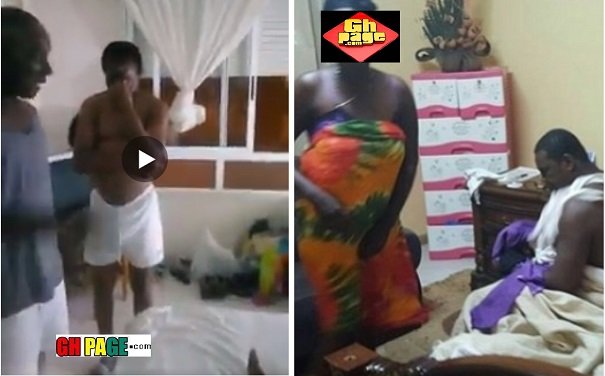 The church of Pentecost and their congregants in Spain, Zaragoza to be specific were left in shock when their presiding elder was caught on camera trying to sleep with his own brother and best friends wife.

It happened in their ( his brother and best friend) matrimonial home. According to what TheNewsGh.Com gathered, the elder has been making those advances towards his best friend’s wife for a long period of time.

And when the wife informed her husband, who, according to what TheNewsGh.Com gathered, is working in a different town, didn’t believe it. The wife suggested and they all planned to set a trap to see if really, what the wife is saying is the truth.

The wife(Name withheld), invited the elder to her matrimonial home one fine afternoon for the much awaited “s3xual bouts” the elder has been longing for.

And it was when the elder thought the action was about to start, his best friend and other witnesses bagged in to witness the shame.

TheNewsGh.Com gathered that the Pentecost elder and all those involved hails from the central region of Ghana.

And Here’s the Video of the Elder caught on tape;

Massive fire breaks out in Ajman market in Dubai