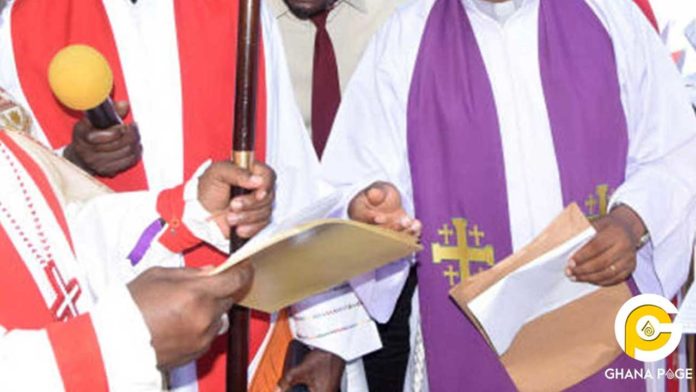 An elder in one of the popular churches in the country has been forced by his Bishop to marry his(Bishop) eldest daughter after she was impregnated by a Muslim.

This was revealed by a social media user with the handle Abena Magis Manokekame who explained in a post that according to the elder at the center of this issue, the daughter of their Bishop had a one night stand with the Muslim which resulted in the unwanted pregnancy.

She continued that it was the Bishop who has helped the elder including taking him overseas to study and now that there is disgrace hovering around him(Bishop) he asked that the elder takes responsibility for the pregnancy.

It’s said that the Bishop is doing everything possible to have the issue solved with immediate effect before words start going out.

MY TAKE ON THE BURNING OF EXACAVATORS- NK ODURO WRITES