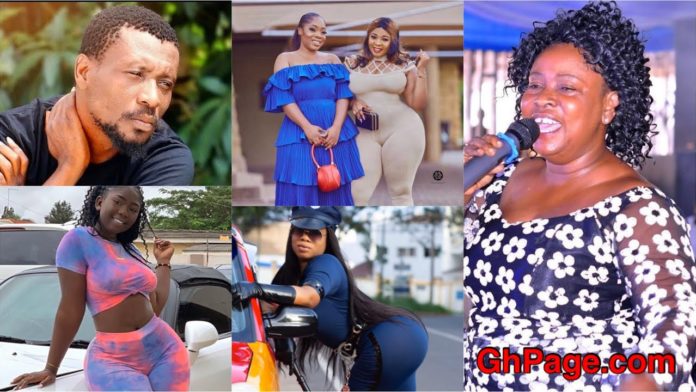 Veteran Ghanaian gospel musician Esther Boakye popularly known as Mama Esther has given out a piece of advice to ladies especially slay queens.

The veteran musician who was speaking at the 25th anniversary of the New Earth Chapel International at Atonsu, Kumasi in the Ashanti region advised ladies on how to maintain their marriages.

The “Onyame Ayebi” hitmaker also sang some part of the legendary Okomfour Kwadee’s song to advice the congregation.

According to her, some of these secular musicians make a lot of sense in their songs that can be of great help if taken into consideration.

She advised that people shouldn’t judge them due to their appearance or personality but listen to the content of the song.

Mama Esther has been absent from the music scene for some time now and there were reports that she has passed away through an accident.

However, she denied such reports and warned all those circulating such false rumors to put a stop to it.

Mama Esther is known for releasing hit gospel songs and also her unique style of singing. She is known for hit songs like “Adom, Me Judge Kasa, Mene Yehowa, Time Nkoe, Eye Adom Bi and several others.