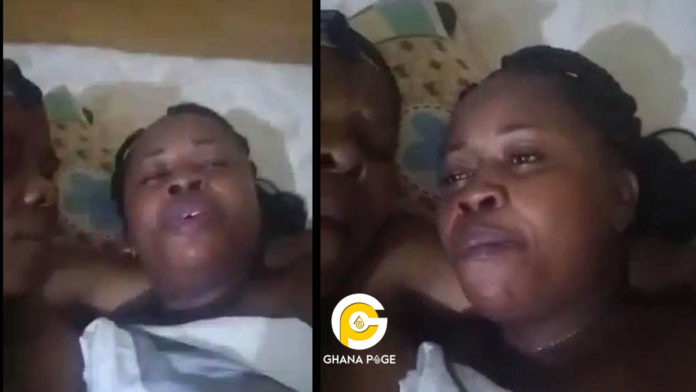 Ghanaians on social media woke up today to a shocking video of two lezbians from Kumasi seriously enjoying themselves in a leak video.

In the video, the two women are having a good time. They began by kissing themselves like there is no tomorrow.

They proceeded to stroke the private part of each other as they fondle their gigantic boobs. Coming from such older women, it’s disturbing.

From what  has gathered, both women are from Kumasi, the Regional Capital of Ashanti Region of Ghana.

One of them stays at Ashtown and the other stays at Tafo, both are suburbs in Kumasi.

But it is not really difficult to obtain the video; It’s all over social media. Just look around.