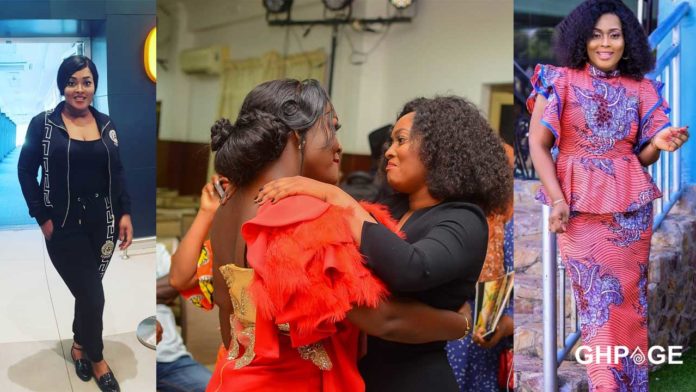 Ghanaian actress Abena Ghana has for the first time spoken about her lesbianism act saying she has regretted engaging in the act that is frowned on by society.

According to the popular actress, it was all a mistake when she engaged in the act because she started it at a very tender age.

Speaking in an interview with blogger Zionfelix made mention that to her, she believes God wanted to teach her a thing or two that is why he allowed her to enter into the act in the first place.

The actress who currently has one child called on people who have been tagging her as a lesbian to stop because she no more practice the act.

Watch her interview below:

Abena Ghana also added that she prays to God so he forgives her for engaging in the act.

” A lot of great men had terrible pasts but God still used them to get to where they are now. I am no exception. I know God has great plans for me”, she concluded.