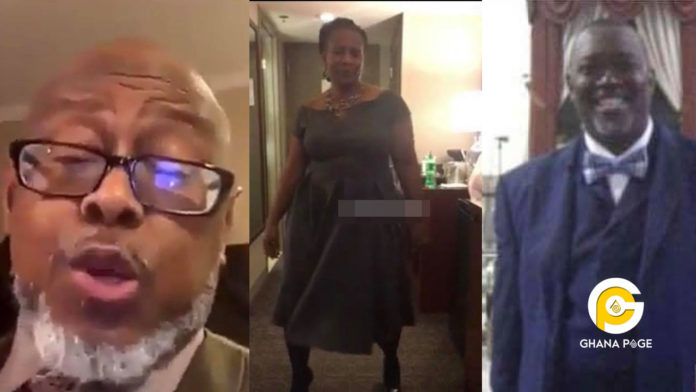 Texas-based man of God, Pastor David E. Wilson who is the leader of Bible Way Ministries and World OutReach got the whole world talking when a video of him giving an expert head game went viral.

Many people who saw the video found it very difficult to determine if the man in the video was a p0rnstar or really a pastor. His head game was just too on point.

Reacting to the viral video, Pastor Wilson took his critics to the cleaners and told them he is a man who loves beautiful black women. He told anyone who disagrees with him to ‘fvck off’.

It later turned out the woman who was being given the miraculous lick is the daughter of Pastor Wilson’s wife’s best friend.

He allegedly promised her a lead role at the church choir but failed on his promise hence the le@ked video to shame him.

Well, another video alleging to be that of Pastor Wilson has surfaced on social media

In the video, a man is giving instructions to a lady at a location believed to be a hotel on how to striptease him.

He started with the frontal view and later moved to the back view. The man’s face is hidden behind the camera but people who are very close to Pastor Wilson has revealed it is his voice.