Imagine as a parent after toiling so hard to pay your daughter’s fees, you see her in this embarrassing video acting like a hoe—What would be your reaction?

In a new video that’s trending on Social media, some group of students are seen dancing aggressively and sexually as Medikal’s ‘Omo Ada’ song was played at what looked like a school jam party.

The students were seen ‘Chopping’ themselves while screaming in happiness as one lady in the video is seen giving her a$$ for the guys to grind and she raised her skirt to suggest how bad she would have bonked him if she had the chance.

Whoa! These kids are no longer kids 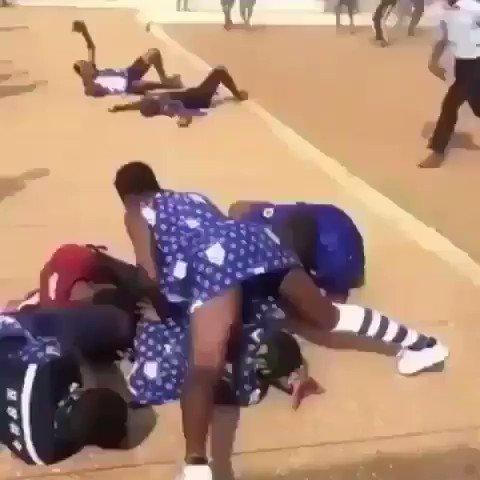 Kennedy Agyapong’s Net2 Television Could Be Closed Down Soon (Details)

‘Trotro’ mate in trouble as hit-and-run ends in triplets