A year and four months after Citi News first reported the story of Innocent Quaye, a young boy who was hit by a stray bullet, he has received part of his GHC 150, 000 compensation.

Innocent, who was almost left to die following the incident has now received GHC 90, 000 from the Forestry Commission with the remaining GHC 60,000 expected to come from the Ghana Armed Forces.

He told Citi News Nii Armah Ammah that he is overwhelmed by the action adding that the compensation would go a long way to get him back on his feet.

“I am very happy for what the Forestry Commission has done for me. I thank Citi FM, Sir John and my lawyers for making this compensation happen.” he said.

Lawyer for the Forestry Commission, Michael Akowuah who was at the presentation meeting said:

His family also say they are grateful to Citi TV for placing the spotlight on their son’s tragic story.

They are, however, expecting the second part of the compensation from the Ghana Armed Forces whose officer misfired on that fateful day.

“God bless Citi FM for all that they have done. I am even lost for word; I am so grateful. If anyone hears the crow of the cock signifying a new day, it is my children and I thanking Citi FM. I am just hoping the military will come with their compensation soon”, Innocent’s mother said. 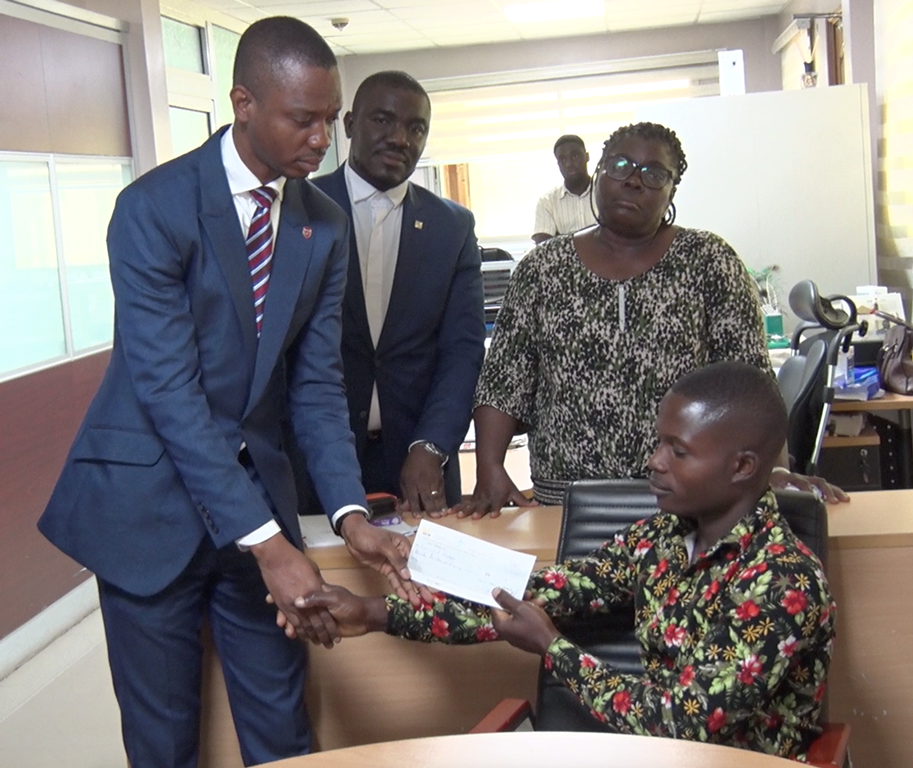 The family extended a word of appreciation to the Member of Parliament for Awutu Senya West, George Andah for his intervention in getting the medical report which was a pre-requisite for the payment of the compensation released on time.

Innocent Quaye, was only 13 years old when he was hit by a stray bullet at Anoma Wobi, a village between Kasoa and Bawjiase in the Central Region.

The shot was fired by a military man, who was a Forestry Guard engaged by the Forestry Commission.

He’s reported to have fired the shot in an attempt to stop a vehicle conveying logs deemed to have been illegally acquired.

He was later diagnosed with urinary tract infection and a stitch granuloma. With his deteriorated health, he was forced to discontinue his education after the basic school level and depended on others for survival.