A woman has been arrested for killing her neighbor’s child by slitting his throat in Imo state.

According to reports, she had been threatening the man that she would kill his child. She allegedly once voiced her dissatisfaction with the fact that she is single and childless while the neighbour has three children.

Her threats were not taken seriously until she made good on it today, November 8, by slitting the boy’s throat.

Following the murder, she was arrested by locals, beaten, then handed over to the police.

Below is the graphic photo of the murdered child. 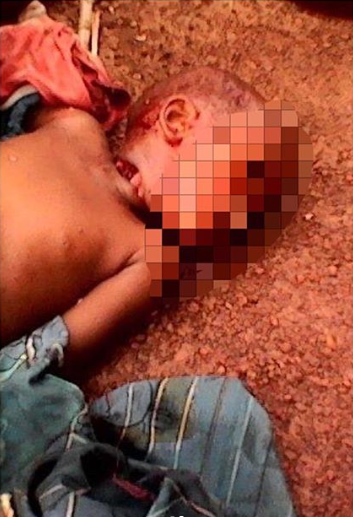 Fake News: NABCO Is Not Recruiting Currently- Ignore All Such False Publications