Ghanaian teenager Baptista Adjei has been laid to rest. The young footballer was stabbed to death on October 10, 2019. He was murdered in his school uniform

Ghanaian teenager who is a footballer, Baptista Adjei, has finally been laid to rest on Friday, November 2019, in London. In the video, the family of Baptista, especially his mother couldn’t control herself as she cried out mentioning the name of her departed son.

The other family members of the deceased were seen consoling the mother. Per reports, Baptista was stabbed in his school uniform outside McDonald’s, in Stratford Broadway, at 3.20pm on Thursday, October 10, 2019.

Shocking to her a mum cry.. 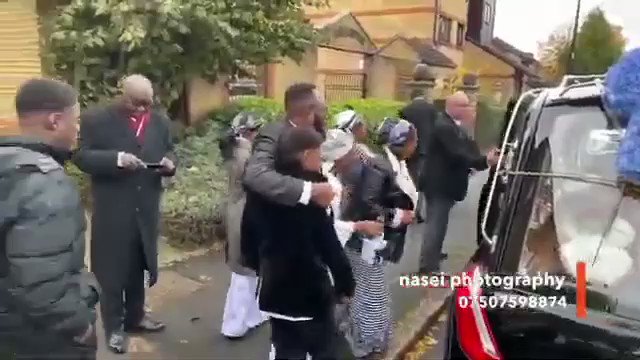 According to reports by online portal, metro.co.uk paramedics tried to save the life of Baptista but was pronounced dead on the scene of the incident 30 minutes later.

NPP and NDC are bullshit, the country should be given to...

“Fvck the government and fvck my parents”- Angry youth -Video