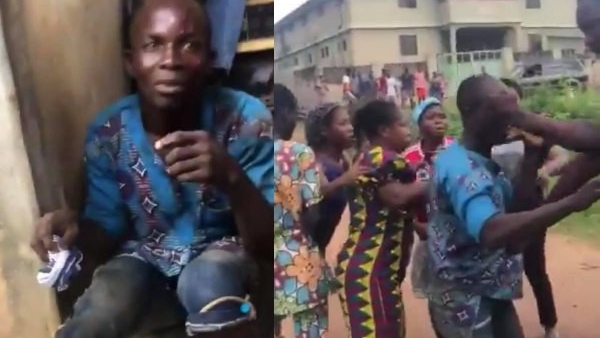 Hours after assault video of FUTA female student went viral, another video of a man who was caught red-handed while trying to steal panties from an apartment of a female student of Federal University of Technology, Akure.

The yet-to-be identified man was slapped and beaten repeatedly by an angry mob after he was caught.

Inside the two-minute video, some angry youths can be seen yelling at the man to reveal what he stole while women can be seen appealing to angry young men to leave the man.

WATCH THE VIDEO BELOW:

Young Lady Dropped Out Of School And Did All Kinds Of...

Video Of Tiwa Savage Twerking And Whining Her Waist Vigorously As...

Married woman lands in trouble as her husband sees pictures of...