A man has shown off on social media the terrifying injury inflicted on him by the mother of his children.

A South African man suffered severe burns on his face after the mother of his children allegedly poured hot water on him.

His sister, Sithembiso Dube, who shared his before and after photos online, said the woman attacked her brother ”because of her insecurities”.

She, however, did not give further details as to how the attack happened or the main cause of the attack.

Sithembiso did disclose that the lady is yet to be arrested. 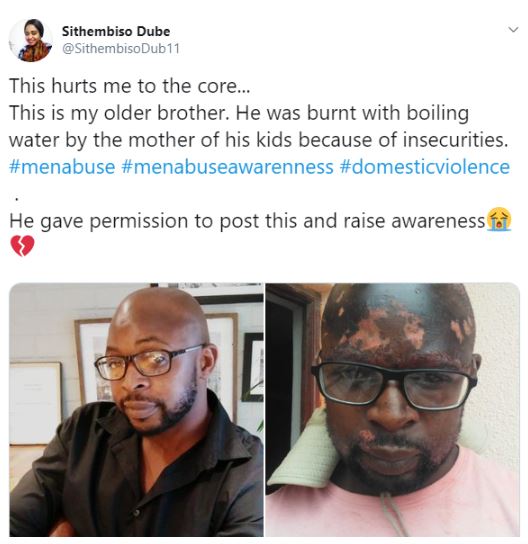 IF Ghana donates to students at Ada Alorkpem

“On The Verge Of Losing My Marriage After I Told My...

Why Bulldog Insists Will Support Her Daughter And Guide Her If...