A angry HIV positive young woman who swore to infect many men has been exposed after a private chat she had with her friend on Whatsapp was leaked.

From the conversation in the leaked chat, the lady identified as Esther revealed that she got the deadly disease from her sugar daddy.

Rather than inform her parents about it, Esther insists on spreading the disease to any randy man that comes her way before she dies.

See the Whatsapp conversation and her photo below: 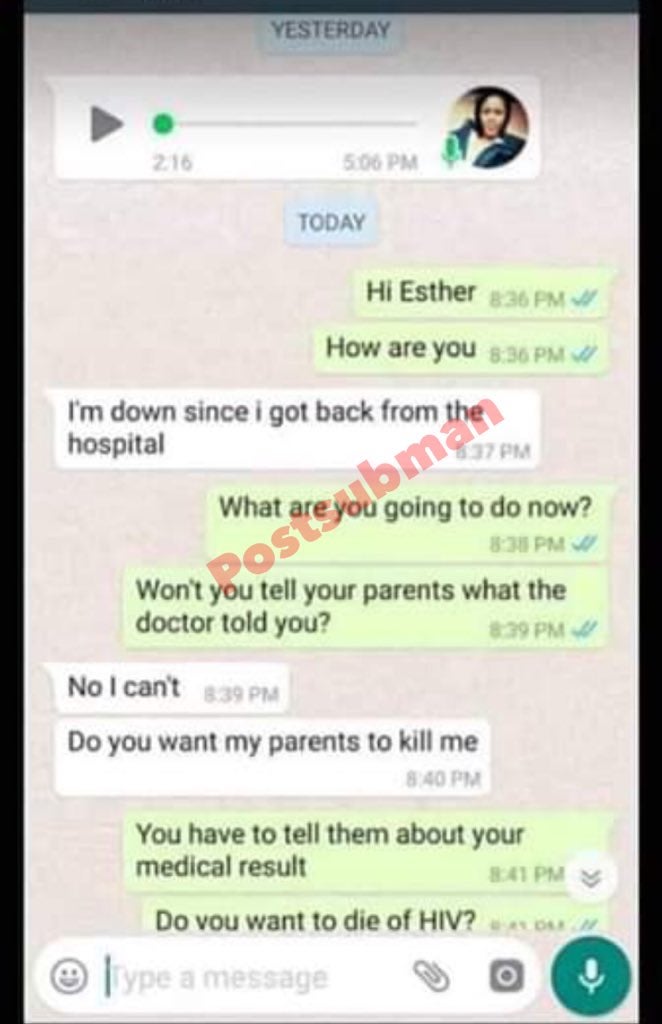 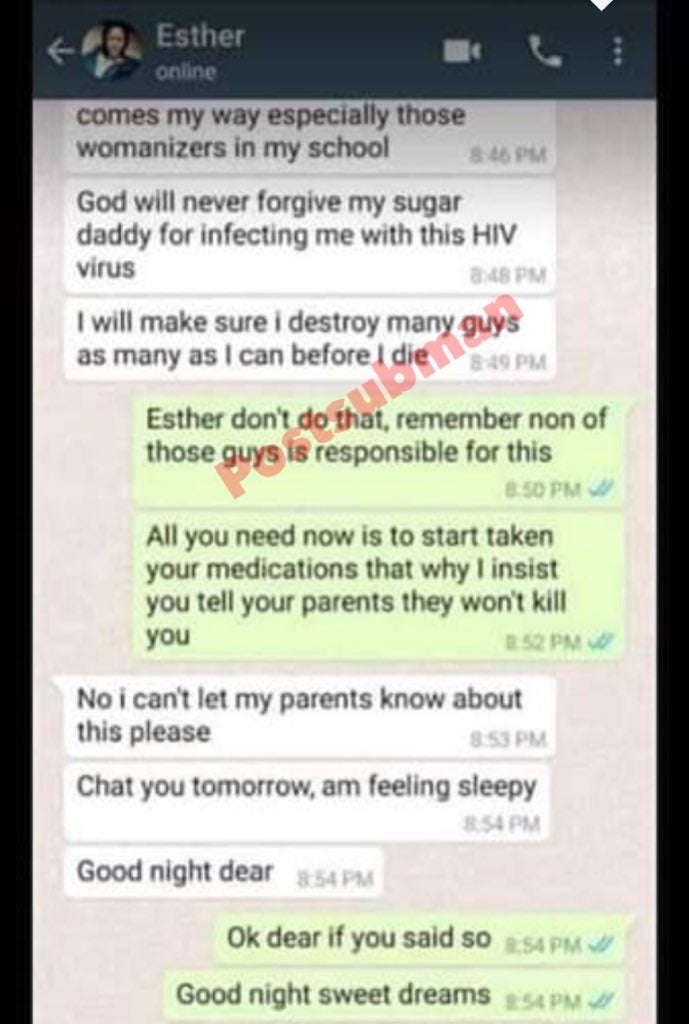