A South African lady has narrated how her boyfriend cheated on her and went on to create a Whatsapp group that had her and his other lover as members.

According to @MooLwely, she had no problem with her boyfriend cheating. He went on to introduce her to the girl and also created a Whatsapp group where they planned a vacation with him. She also revealed that he greets them as his “two wives”.

Read her tweets below; 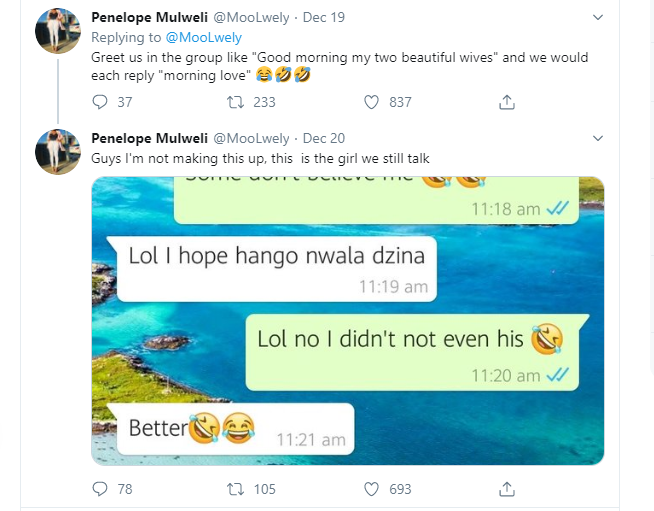 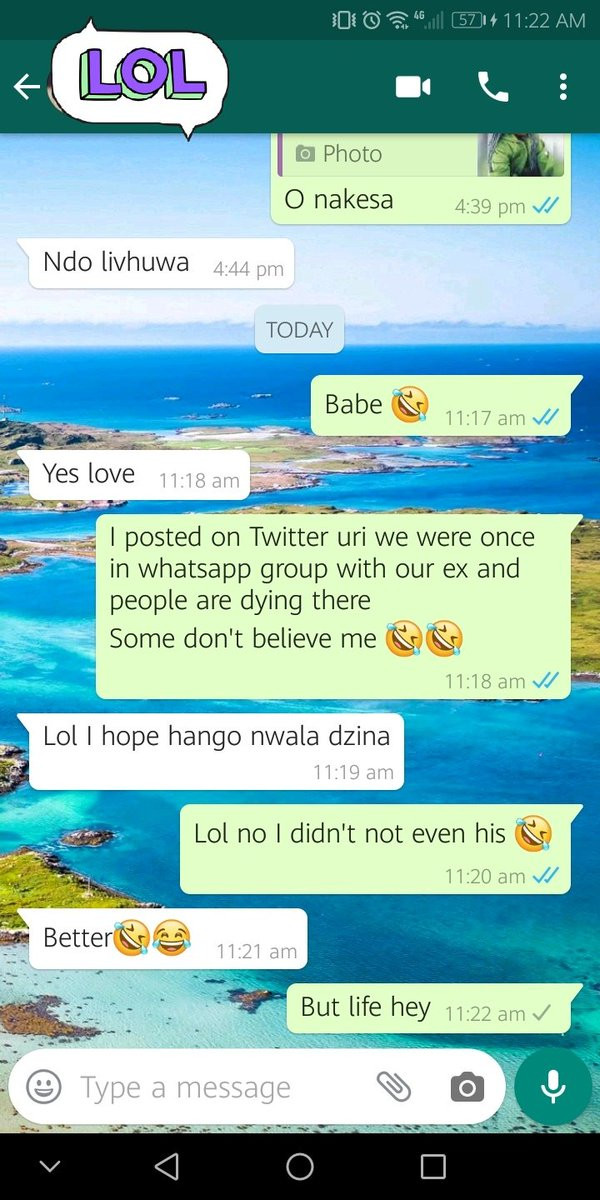 GES MUST CONSIDER AN ISOLATION STRATEGY FOR BECE CANDIDATES AND THEIR TEACHERS AS WELL-MR...