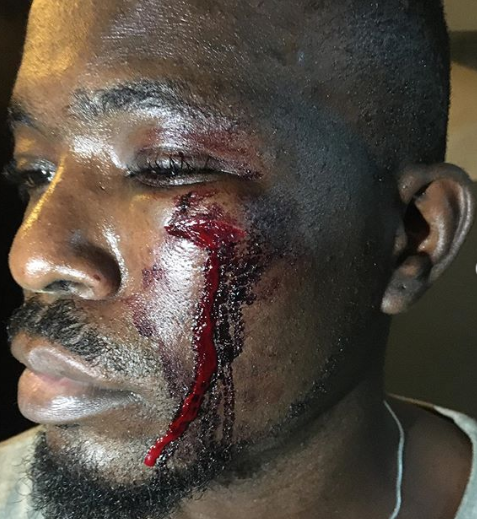 A man is seeking justice after he was battered by some street touts in Ojota, Lagos, for no reason.

Ojay, a fashion stylist, said he was walking with his friend last night when some touts in his neighbourhood asked them to stop. When they didn’t, they were attacked and beaten, leaving Ojay with a deep cut on his face that bled profusely.

Ojay added that when help came, people were begging the touts instead. They said the men are known faces in the area and make it a habit of bullying and attacking people.

He’s now asking for justice to ensure someone else doesn’t suffer like he did.

This happened around past 9 last night. A friend came to visit me and I decided to see him off just 4 buildings away from my house 3 guys asked us to stop and I told my friend not to answer them .

The next thing we heard was a slap from behind on my friend neck and I was like why would you slap someone you don’t know what has he done? Just before I could finish my statement the 3 of them started beating us. My friend was able to run to call for help from my house since the people around there where not ready to help.

When we finally got help people started to come around . It was so funny that most people now started to beg this guys and where telling me to let go because this guys are known faces in the area and it not the first time of doing this to people in the area. I was able to identify one of them well, I know is house all.

All I am asking for is justice we don’t know who the next victim is. This happened in ojota Lagos. 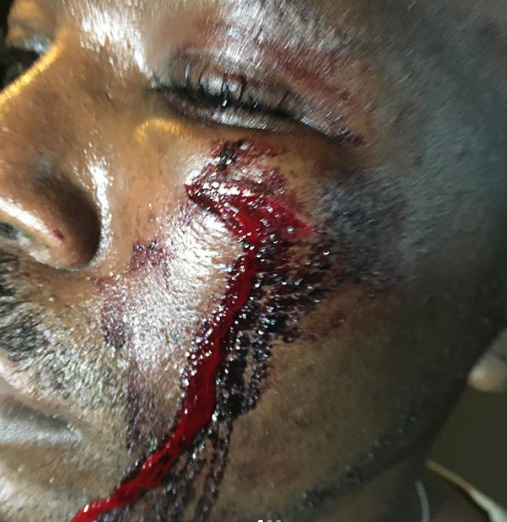