A beautiful young lady has caused a stir on social media after a video of her hawking bunches of plantain popped up online.

This video here of a purported street trader who parades a very massive behind has garnered thousands of views on social media.

SEE ALSO: Japanese Billionaire Is Giving Out $9milion To His Twitter Followers To See If The Money Makes Them Happy

The circumstances under which the short clip was made remains unknown but the woman in question appears to be using her sɛxuality to market her goods.

She could be seen wiggling as she carries a tray of plantain on her head .

Several social media, users mostly men have launched a serious search for her in a bid to patronize her plantain lol. 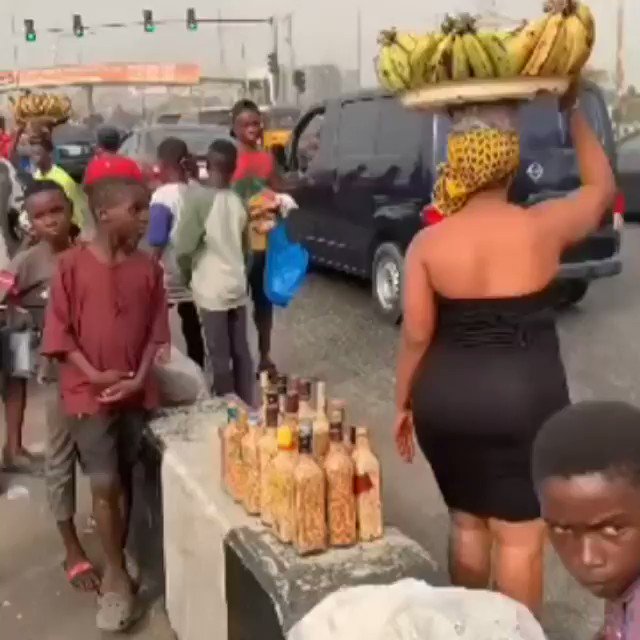 The video has garnered massive reactions from some celebrities and social media users.

Authorities Must Act Fast As Cocoa Farmers threaten to Cut down Cocoa trees for...