A Kotoko supporter who was allegedly shot by police during disturbances after the club’s 0-1 loss to Berekum Chelsea on Sunday is stable and responding to treatment.

The Kumasi-based club said they are following the development that happened the Baba Yara Stadium on Sunday and will duly update their followers.

The victim of this afternoon’s shooting incident at the Baba Yara Stadium is currently stable and responding to treatment at the Komfo Anokye Teaching Hospital in Kumasi.

We are following the development and would be updating our followers.#AKSC 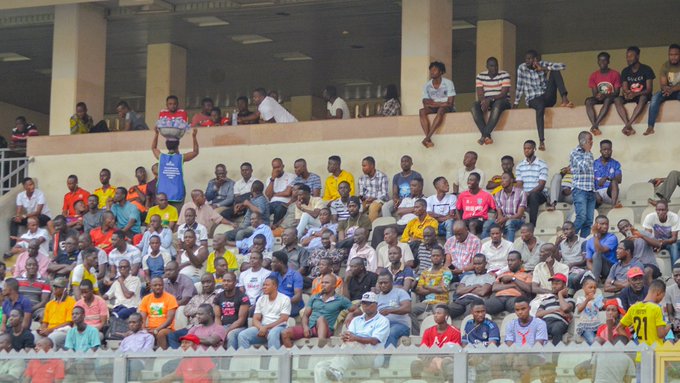 The fan, whose identity has not been disclosed, is receiving treatment at the Komfo Anokye Teaching Hospital (KATH) in the Ashanti Regional capital.

He was transported in a police ambulance after he was allegedly hit by a stray bullet said to have been fired by a police officer who was dispersing angry Kotoko supporters.

Eyewitnesses told JoyNews some of the officers aimed at the crowd leading to victim being shot.

The Ghana Premier League game week three match between Kotoko and Berekum Chelsea was chaotic after a defender of the home team was sent off.

The referee’s decision did not go down well with the home fans who believed the incident was between Kwame Adom,  a different Kotoko player and an opposition player.

Fans of the two-time African champions started throwing bottles and sachets of water onto the field to register their displeasure.

This unruly behaviour made the referee stop the match for several minutes.

After the match, referee, Charles Bulu and his assistants had to be heavily guarded before they were able to leave the pitch.

The prolonged disturbance after the game caused the law enforcers to fire warning shots leading to the injury of the victim.

See Kojo Oppong Nkrumah’s Reaction After Being Accused Of Sleeping With...

Man dies mysteriously while dancing with a lady in a concert...