There is no debate now about Ghanaian celebrities being some of the most savage people on the internet space when it comes to responding to questions they find unnecessary.

It will be recalled that Sarkodie just yesterday gave a fan who asked why his wife was bleaching a crazy savage response.

Today, talented Ghanaian media personality, Berla Mundi has been spotted with the most savage reply to a fan who asked if she has a boyfriend.

Under a photo shared by Berla and a bottle of Lucozade on her table while anchoring her show on TV, the fan with the Twitter ID @maigaskia asked humbly, “Plssss madam do u have a boyfriend???”.

Then Berla Mundi waged in with her hilarious, albeit savage reply:  “Are you asking me or the Lucozade bottle?”. 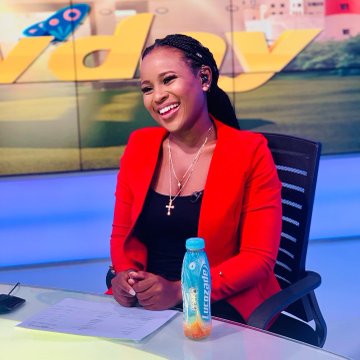