On the 16th of January 2019, Ahmed Hussein Suale was shot dead by some unknown assailants.

Tomorrow marks exactly one year this unfortunate incident happened to the investigative journalist who worked for Tiger Eye PI.

The murder of the journalist came 6 months after the airing of the famous football rot and corruption expose dubbed Number 12.

Anas Aremeyaw Anas, the boss of the late Ahmed Suale has taken to social media to remember his departed protege. 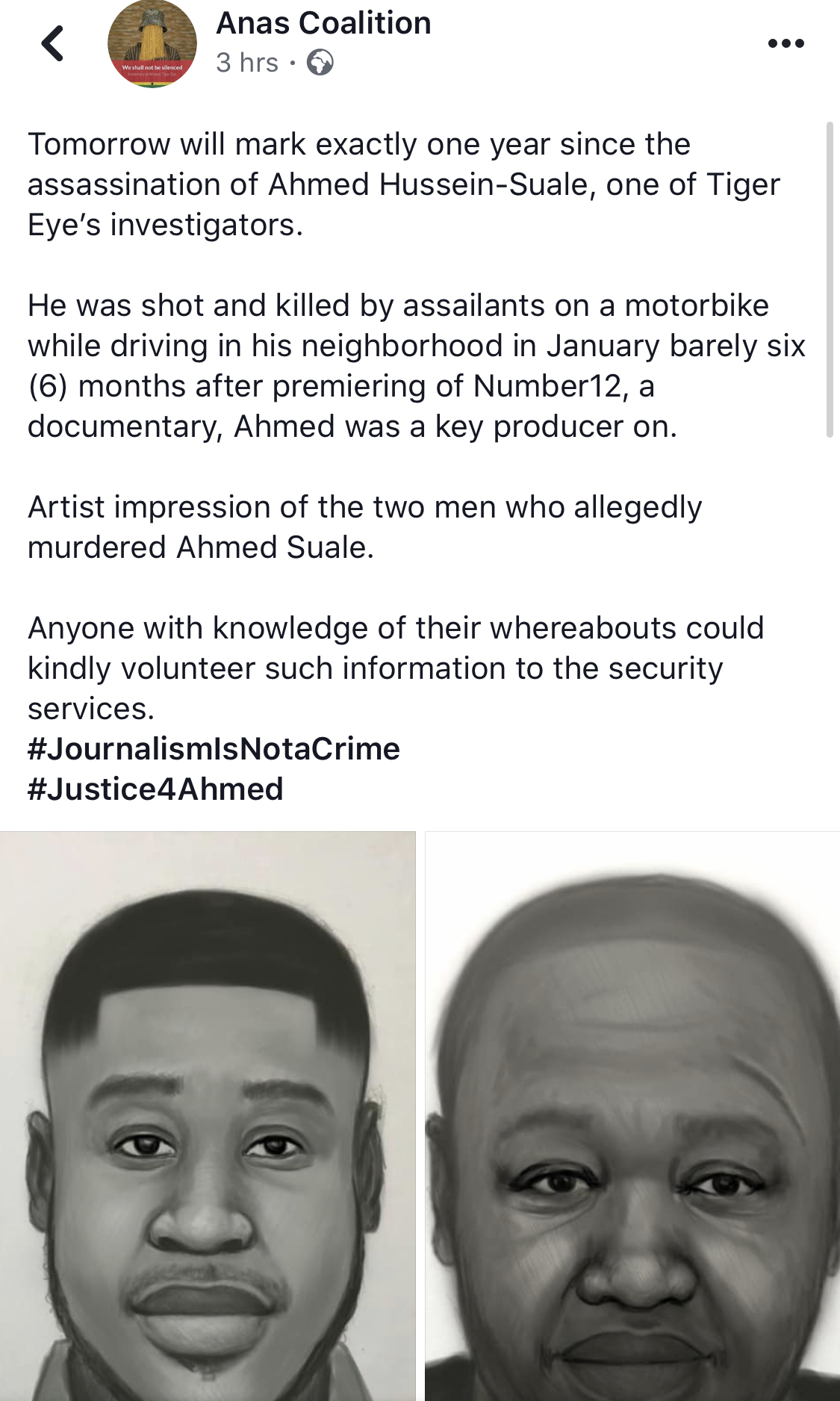 He posted the artistic impression of the alleged assassins released by the Ghana Police Service and called for the public to help find the two guys.

Why Xenodzi Scientific Medi-Herbs is Stored in stainless metal bottles