Few hours ago, Instagram blogger @those_called_celebs, published messages spotted by a lady alleging that  Nana Aba and Sandra Ankobiah are big-time PIMPS─the action or practice of controlling prostitutes and arranging clients for them, taking part of their earnings in return.

According to the lady who claimed to have enrolled in Nana Aba and Sandra Ankobiah’s collapsed Media school, she got humiliated by Nana Aba for refusing to be pimped to one big man.

These pimping allegations keep popping up─and this particular one was ignited by Kennedy Agyapong after he sat on live television and disclosed that a top female Journalist has been pimping slay queens to Ministers and rich men for money and material gains.

Facebook user, Samuel Amaning has also drop fresh allegations against Nana Aba Anamoah and according to him, she is allegedly dating the rich man who united Shatta Wale and Stonebwoy, Kofi Amoah-Abban.

He also alleged that Ghone TV’s Serwaa Amihere is more of Nana Aba Anamoah’s puppet─controlling her here and there and she dares not question anything Nana Aba tells her to do since she is scared of being kicked out!

Read the screenshot below; 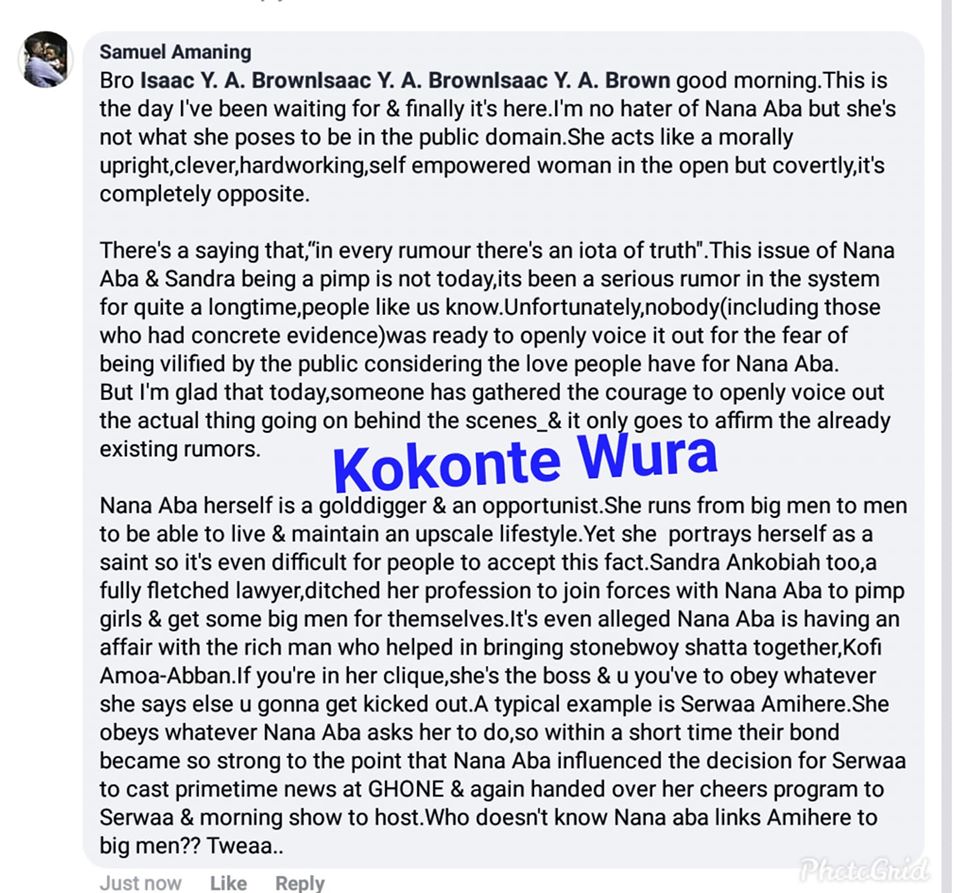 China accuses the US of creating Coronavirus to ‘hurt’ them