A young man has allegedly pushed down his pregnant girlfriend from the 5th floor of an apartment in Anambra State, Nigeria.

The girl was found dead in a pool of blood in the next compound and all signs shows, he dropped from the apartment next to the compound.

The man deceased girl lived with the young man lived on the 5th floor of the apartment on Obosi Street in Onitsha South local government area in Anambra State, Nigeria. 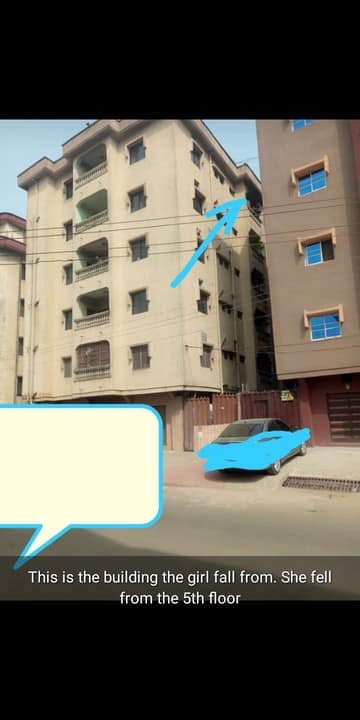 Below is how a Facebook user shared the story;

A sad event occurred on 16/1/2020 at obosi street Onitsha South local government in Anambra State as a corpse of a young lady was found in a building, the girl was identified as a young lady living at the 5th floor of the next yard of the building.

According to eye witness, the young lady lived alone with her boyfriend in a 3 bedroom flat, it was around 7pm the boyfriend came down from the 5th story building asking his neighbors if they’d seen his wife, they said no.

Few minutes after he asked his neighbors, an alarm was raised about a dead body in the next compound, some of the neighbors went there to check the corpse, and was identified as the ‘missing wife’. 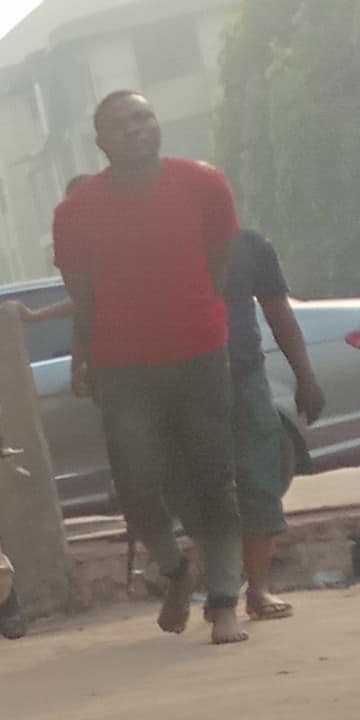 However, when the man was taken aside to ascertain what really happened between them, he denied any knowledge of wrongdoing, claiming they only had a minor argument and she left the apartment which was why he was looking for her prior to the moment she was found dead.