Dr. Kemi Olunyolo has always been on Davido’s heels for reasons best known to her

In a post on Twitter she tagged the Afrobeat icon as womanizer whose manh00d rises by lifting the pʋssiɛs of varieties of women.

“Davido is never marrying any woman; His d1ck will continue to rise by lifting other pʋssiɛs” 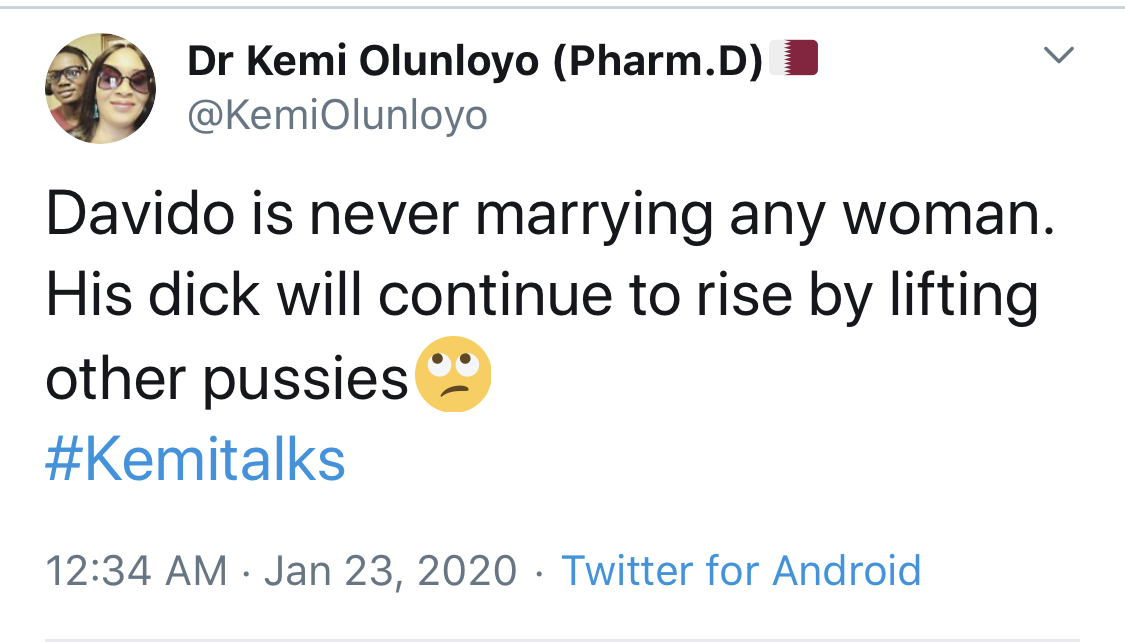 This same Dr. Kemi started rumors that Chioma the baby mama of Davido was the side chick of Peruzzi, Davido’s protege.

One Student One Scholarship for my constituents – John Dumelo promises

Kate Gyamfua breaks down in tears as regional and constituency women’s organisers console her...