A Ghanaian student studying in the Liaoning Shihua University, China, has reportedly died from injuries sustained as he attempted to scale over his school’s wall after arriving late from town.

The student, identified as Joseph Amoako, is reported to have gone out with friends and returned drunk.

As school regulations required that anyone who returned after 11 pm is denied access at the school’s gate, Joseph allegedly attempted to sneak in by climbing a tree to gain access to the school’s premises. 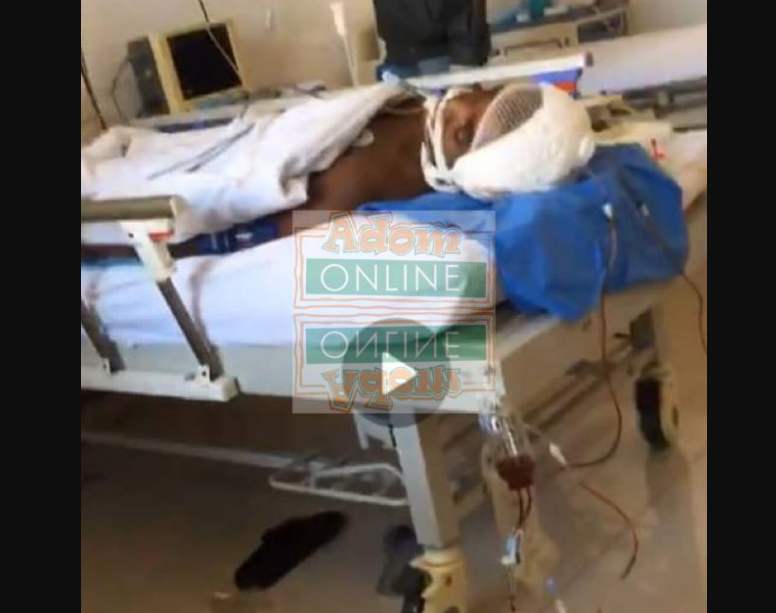 In an attempt to climb the tree, however, he, unfortunately, fell off it, sustaining life-threatening injuries that demanded that he undergoes brain surgery as his senses became temporarily dysfunctional.

Reports from China say his fellow Ghanaian students tried frantically to raise some funds to support his hospital bills but he gave up the ghost shortly after.

Below was a notice of ‘call for support’ by his fellow Ghanaian students: 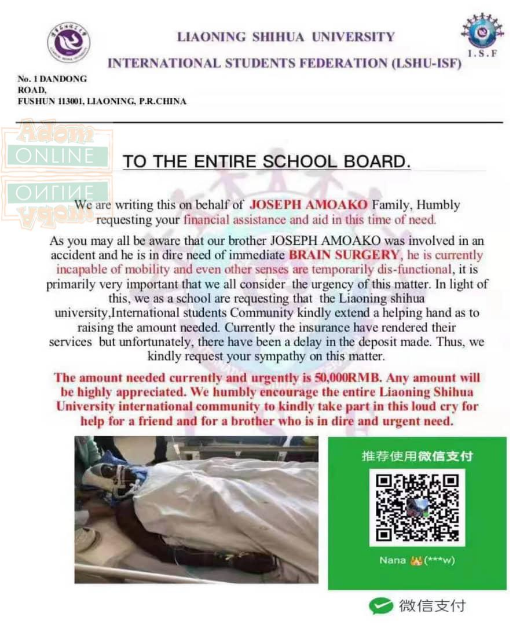 A CCTV footage that has been made available to the Ghanaian student-community in China and in the possession of adomonline.com from the school appears to confirm the fall from a tree of an individual.

The incidence, according to adomonline.com sources in China, happened on the morning of Tuesday, October 29, 2019.