The embattled Vice Chairman is being interrogated over his role in some missing excavators and other equipment seized from illegal mining operators.

The arrest follows a request made to the CID by the Minister of Environment, Science and Technology, Professor Kwabena Frimpong Boateng.

According to the letter written by the Minister, Mr Ewusi was contracted to cart excavators and pieces of equipment seized by Operation Vanguard to designated areas for safekeeping.

The Minister’s letter said the Ministry had received information that he sent an unknown number of equipment to the unauthorized location including one in Tema.

It further said, “Information reaching me indicates that he has sold an unknown number of the pieces of equipment including excavators.”

Find the minister’s letter below: 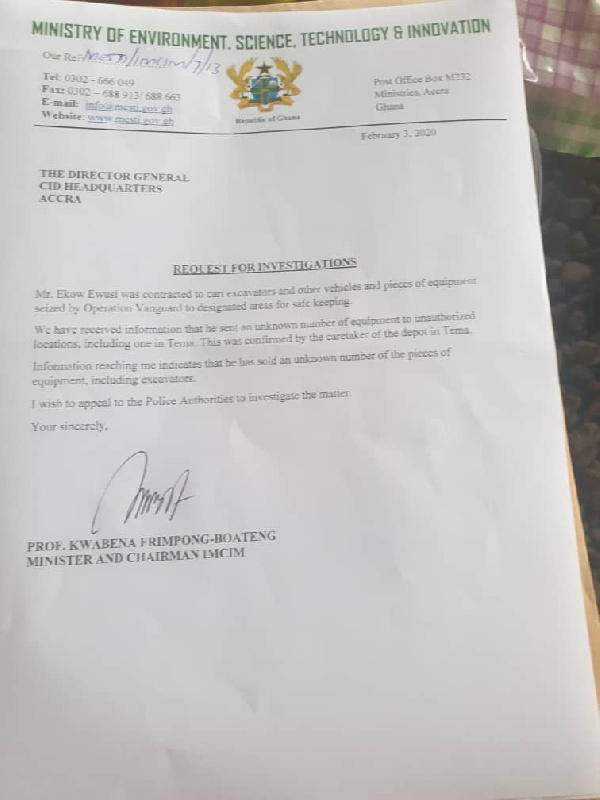 Canada to support Nigeria with $10m to tackle insecurity

Photo of Kumerica passport pops up on social media