A berated ex-boyfriend has shown up at his girlfriend’s traditional marriage ceremony and destroys everything.

The incident happened in Oyo State in Nigeria and the reason behind the ex-boyfriend’s action is believed that the bride dumped him for a richer man.

The incident was reported by a Facebook user who attended the marriage ceremony.

According to the Facebook user identified as Hon Amb Chimuanya Emmanuel, all the attendees ran for their lives due to the scene created by the ex-boyfriend of the bride and the thugs he brought along.

The Facebook user shared photos of the scene of the marriage ceremony and with the caption:

“Hee if you want to marry make sure u settle the people u re owing ooo because this kind of run wey I run today, I no won run am again.

Ex boyfriend storm her girlfriend ‘s Traditional marriage with boys and destroy everything, some people still dey for Bush. “ 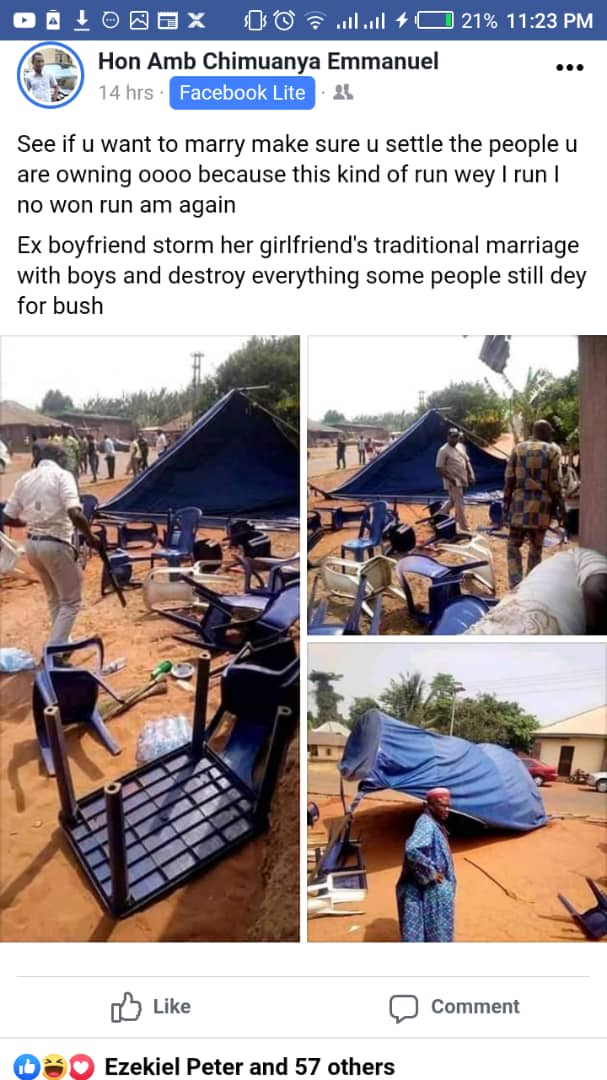 Man commits suicide after girlfriend he paid for her university education, dumped him

Man commits suicide after girlfriend he paid for her university education,...