Ghanaian filmmaker Leila Djansi has shockingly asserted that popular business mogul Dr Kwame Despite is not rich like Ghanaians think.

Her statement is at the back of the lavish wedding of Kwame Despite’s first son, Kennedy Osei and Tracy.

According to Leila Djansi,’precious beads do not rattle’.

Taking to her twitter handle, the popular filmmaker asserted that Kwame Despite is not really rich like he wouldn’t have been flaunting his wealth like the way he did.

Leila Djansi added that Ghanaians shouldn’t feel belittled or poor because of the lavish wedding of Kennedy Osei and Tracy because ‘expensive beads do not rattle’.

Well, it seems the popular filmmaker is jealous or she might just be encouraging people not to be intimidated by the riches of others. 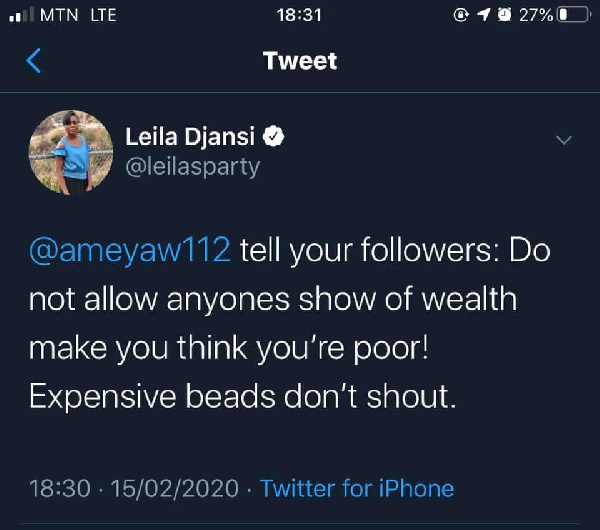