A Twitter user @MrOdanz is alleging that a church has refused to bury his colleague’s father simply because he didn’t pay his tithes for the past 3 years before his death.

@MrOdanz further narrated that the church has cut a deal to bury the deceased on only one condition and that’s if the family would pay the tithe debt he owed.

The Twitter user accused the church leaders of hypocrisy and called them “greedy exploitative idiots.”

See the tweets below.: 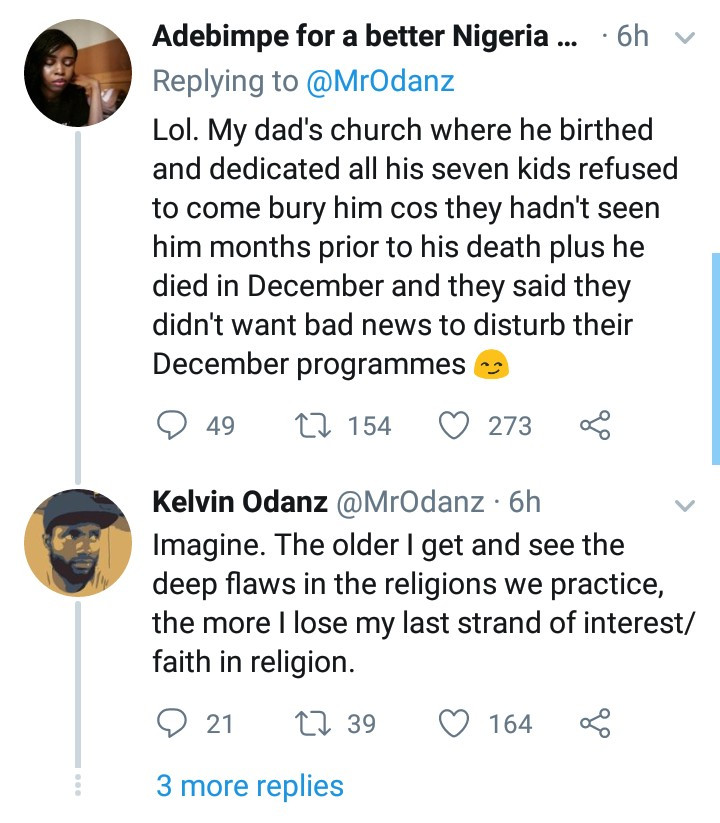 VIDEO: I Can Come To USA And One Of Us Will Die; Another Muslim Warns Twene Jonas Over Prophet Mohammed

Viasat 1 TV is back to replace Kwese TV