CHINONSO Eche, an eleven-year-old boy from Warri in Delta State has emerged as the youngest ever Nigerian to win a Guinness world record for most consecutive football touches in one minute while balancing another football on the head.

Eche’s recognition was identified through his skill as a football freestyler as he was able to complete 101  touches while he held another ball on his head.

Eche loves to freestyle because he believes he has the gift and does it to entertain his friends in school, he prides himself as the best football freestyler in Warri, South-South Nigerian.

According to BBC Africa, Eche said he started freestyling since he was eight years old when his father showed him clips from retired Nigerian skipper, Jay Jay Okocha, Brazillian Gaucho Ronaldinho and Barcelona footballer, Lionel Messi.

“My dad showed me videos of Messi, Ronaldinho and Okocha and I started practising,” Eche said.

The eleven-year-old boy hopes to play for the Nigerian Football team, Super eagles and Clubs like Real Madrid, Barcelona and Chelsea.

“ I will like to play for bigger clubs like Barcelona, Real Madrid, Chelsea and Super Eagles,” he narrated to BBC Africa.

Eche said he wakes up every day at 4:30 am to practice his football skills before preparing to go to school

“After school, I go to the school field and practice with my friends,” the Guinness World record breaker said.

He hopes that someday, he would like to be an international freestyler and travel all over the world.

Chinonso Eche is the 11-year-old football freestyling superstar, who hopes to be a Super Eagle one day.

For now, his skills have made him a world record-breaker & Nigeria’s youngest-ever to be awarded! 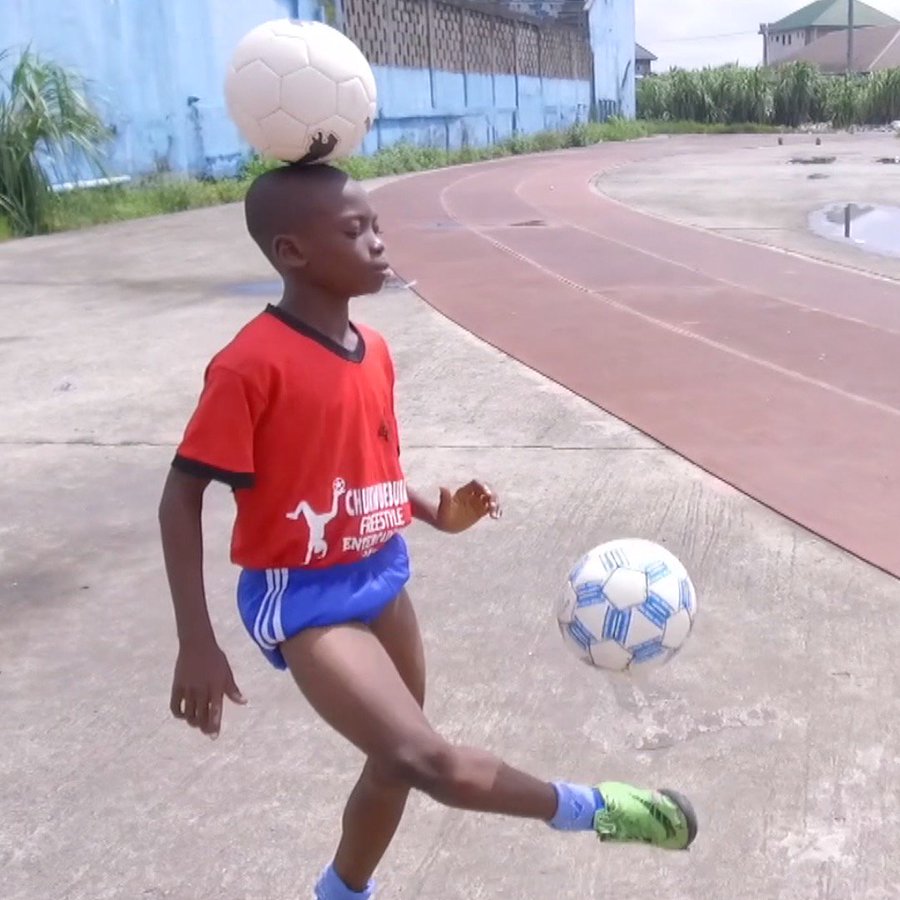 Unknown man found dead in his car in Lagos (photos)