A viral video still trending shows moments a woman was caught red-handed sleeping with her husband’s friend in her matrimonial bed.

According to reports, the woman’s husband brought his friend home the previous day for a visit after both met each other at an event.

The visitor whose identity is yet to be determined was lodged in the guest room of their house which afforded the woman the opportunity to sneak into his bed at dawn but luck was not on her side.

Meanwhile, sisters and other family members of the woman were castigating the woman for allowing such an abomination to happen.

“@FishayMr: Women will disgrace you, in your matrimonial home?

If you don’t understand yoruba, get someone to interpret for you 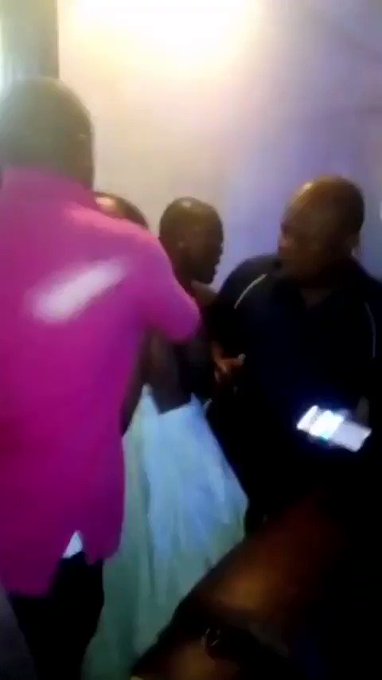 Video of dogs praying before eating

Alhaji Alhassan Mbalba Writes; Ghana’s 1992 Constitution Has Not Stipulated That The Executive Must Control The Legislature

Video of dogs praying before eating