TheNewsGh.Com has sighted a video of Twitter where Cuban doctors are seen arriving in Italy to help with the fight against the Novel Coronavirus.

Italy has now been declared by the World Health Organization (WHO) as the world’s hottest Coronavirus spot.

The Prime Minister of Italy, Giuseppe Conte in his address to the nation earlier admitted that they had done all they could to fight the battle but they seem to be losing out.

He called out on God to be their saviour.

It is reported that Israel, Russia and Cuba has offered some of their health professionals to help the Italian government in the fight.

Cuban doctors arriving into Italy to support the fight against Covid-19. Throughout most pandemics of the 21st century Cuban doctors have been at the forefront of the medical response, no matter what the country. 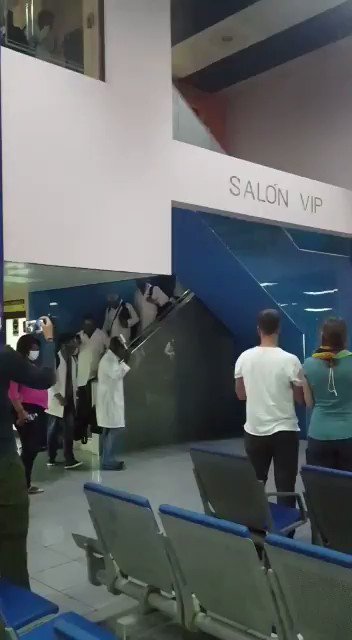 Watch Video: I Married My Husband To Make My Ex-Boyfriend Who Cheated Jealous But Not Because I Loved Him – Tima Kumkum

Watch Video: I Married My Husband To Make My Ex-Boyfriend Who...