4 more cases have been recorded, making Ghana’s confirmed coronavirus cases 141 in all. The figures include 5 deaths and 2 recoveries.

This was announced by the Ghana Health Service on their official update page, Saturday, March 28, 2020.

A total of 731 contacts of confirmed cases are currently being followed up by the contact tracing team. Among contacts, 53 were found to have symptoms and 48 have been tested with one person testing positive.

This comes a day after the President announced a partial lockdown in some parts of the country, as part of measures to contain the situation and avoid further spread of the pandemic in Ghana.

Some municipalities in the Greater Accra Region and Kumasi and Obuasi in the Ashanti Regions will be affected by these restriction orders. 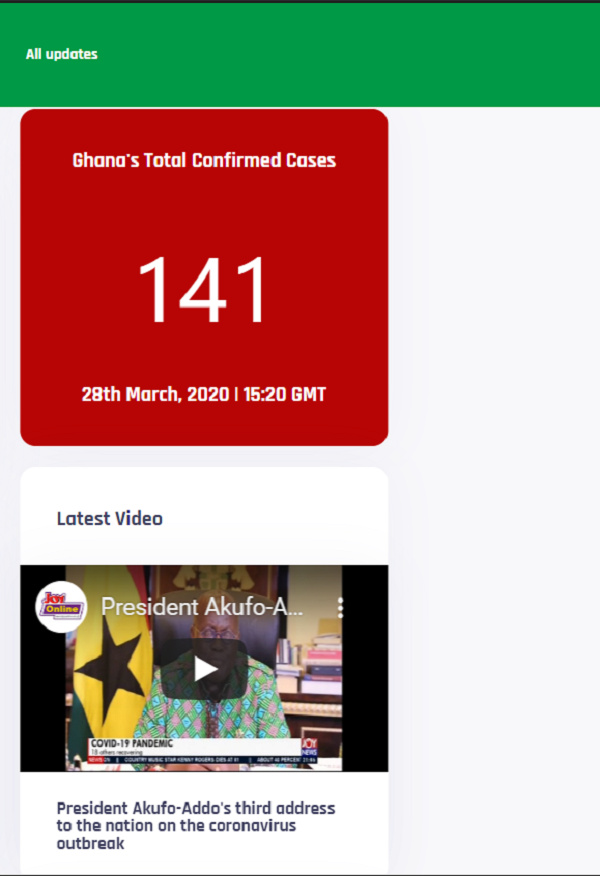 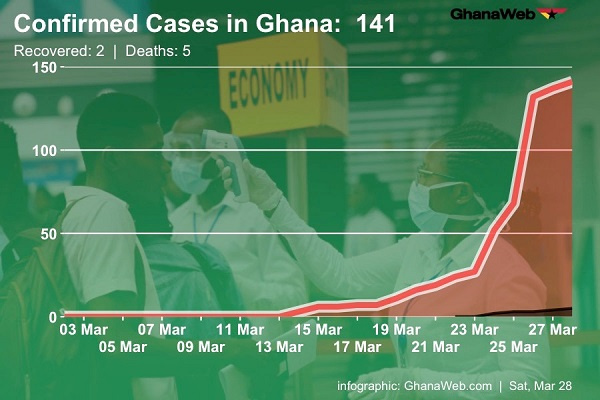 62 people within the general population of Ghana have been tested positive for COVID-19, including five deaths and two recovered patients.

The number of confirmed cases within those under mandatory quarantine is 79.

The number of active cases within the country now stands at 134.