Residents of Nyomoase, a farming community in the Atebubu-Amantin Municipality are appealing to authorities to provide the community with a clean source of water.

Even though the UN’s Sustainable Development Goal 6 seeks to ensure access to water and sanitation for all, for residents in Nyomoase, potable water is a scarce commodity.

The community with a population is over two thousand people, struggle on a daily basis to have access to water for cooking, washing and other domestic activities.

The struggle also sees residents trekking over 2km daily just to have access to water which is already contaminated for human consumption.

A visit to the community by Ghanaweb’s Aboagye Addo Frank showed many of the residents mostly women and children fetching from the milky-like river.

According to the residents, they are forced to rely on the “Nyomo” river, which has served as the source of water in the community and its adjoining communities for decades.

The banks of the river were flooded with cattle and humans who were struggling to get water from a source that was clearly contaminated.

Some of the residents who spoke to the reporter decried the seriousness of the water situation in the community.

They reveal that even though they are well aware that the river is contaminated, they have no alternative than to continue relying on it as that is the only source of water in the community.

“As you have seen for yourself, this is the water we drink in the community. The river is contaminated but there is no alternative so this is the only source of water for us,” they lamented.

Mr Bimpor revealed that despite the recording the outbreak of water-related diseases such as guinea worm, cholera, and typhoid in the affected communities, attempts to get help from have been unsuccessful.

He appealed to non-governmental organizations and philanthropists to help them construct more boreholes in the area. 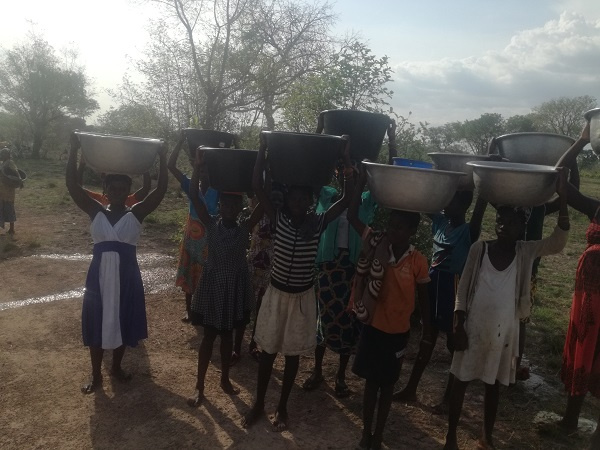