A German-born Ghanaian doctor, Prof. Dr. Marylyn Addo is deeply involved in the global search for a vaccine to tackle the coronavirus pandemic.

The virologist, who has already made a name for herself in the production of vaccines for some infectious diseases and Ebola as well as MERS in 2012.

Aged 50, she is the head of the German Center for Infection Research (DZIF) and also the Head of Infectious Disease at the University Medical Center Hamburg-Eppendorf.

Her exploits may not be surprising as her Ghanaian father was himself a physician.

She had her medical education at the University of Bonn and later earned a diploma at the London School of Hygiene and Tropical Medicine, during which she researched Candida albicans transmission between HIV-positive people.

Born in Germany, she moved to Boston in 1999 where she specialized in infectious diseases at the Harvard Medical School.

At Harvard, Prof. Addo was made an Assistant Professor at the Ragon Institute and served as Associate Director of the Harvard University Center for AIDS Research.

Her impeccable records and achievements came to light last week as governments and scientists scramble to find a cure to the disease which has killed more than 240,000 across the world.

Prof. Addo was recently celebrated by the German Ambassador to Ghana, Christoph Retzlaff who tweeted;

“Prof Marylin Addo is a German Ghanaian doctor in Hamburg/ Germany. She and her team are at the forefront searching for a vaccine against #Coronavirus.”

In 2014, she was involved with the development of the preparation RVSV-EBOV, an experimental recombinant live vaccination that can be used against the Ebola virus disease.

Prof. Addo worked on a recombinant live vaccination to tackle the Middle East Respiratory Syndrome (MERS) vaccination and her vaccination was supported by the Coalition for Epidemic Preparedness Innovations.

Prof Marylin Addo is a German Ghanaian doctor in Hamburg/ Germany. She and her team are at the forefront searching for a vaccine against #Coronavirus. 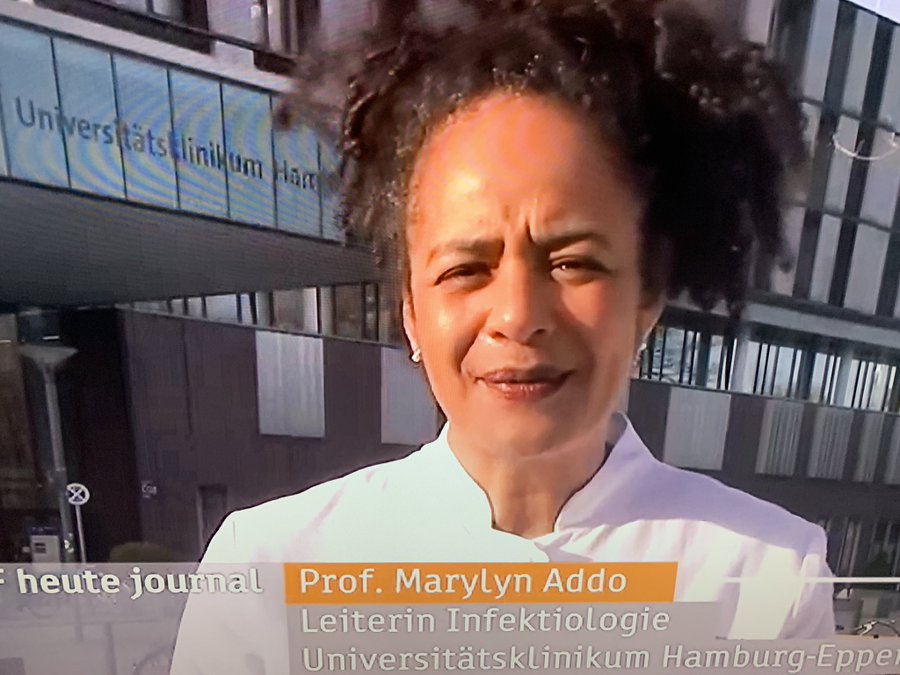 Man beats his son to death over alleged theft.