Kalybos has finally reacted to Funny Face calling him out for betraying him.

The “Kasoa Trotro” actor in series of rants on social media alleged that his colleagues, including Lil Win and Bismark The Joke, have been tarnishing his image despite him being generous to them to a point where he even gave Kaylobos a girl he slept with to also do same.

Kalybos reacting to this for the first time on Hitz FM said, “whenever this thing started, I don’t know how it started, I’ve not answered anything, they say if a mad person, mostly naked, comes to take your clothes and run with it and you also follow him, those behind won’t see who is the mad man”.

Before this comment, Funny Face during the heated moment of his emotional breakdown vowed to further expose those he mentioned if they dare author any word because according to him, their deeds have broken his second marriage and he will go down with all of them. 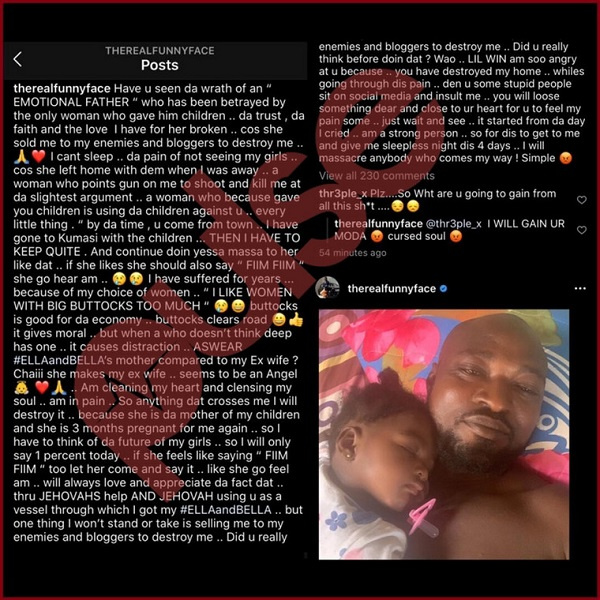 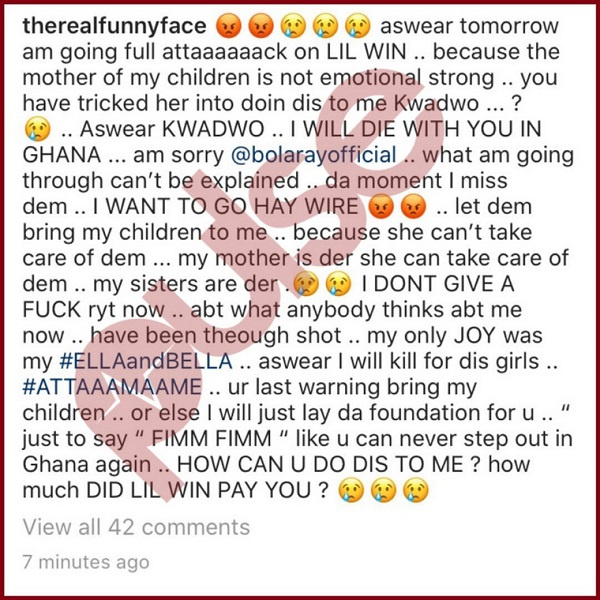 However, according to Kalybos, he is not willing to race with Funny Face in other for him to distinguish himself from the mad man who has come to pick his clothes whilst he was bathing.

See how he said in the video below.

SHS Student Run From School To Boyfriend Place, Watch What Happened To Her (+Video)

10 local Ghanaian foods that should satisfy your taste buds on the Year of...