Ghanaian football star Asamoah Mensah Gyan has come to the aid of commuters of Mile 11 Broadcasting Road in Kasoa.

Leading by example, the football icon has invested money to fix the road and make it less dangerous for commuters.Residents in the community who spoke on camera commended him for the great work and pleaded with other rich people to help their individual communities.

Charity sees the need,not the cause..lets contribute in our own small ways to build our communities.The ASAMOAH GYAN FOUNDATION still cares for the vulnerable..to the contractor,the community is well informed that you need to come to site and it has to be now.. GOD BLESS GHANA 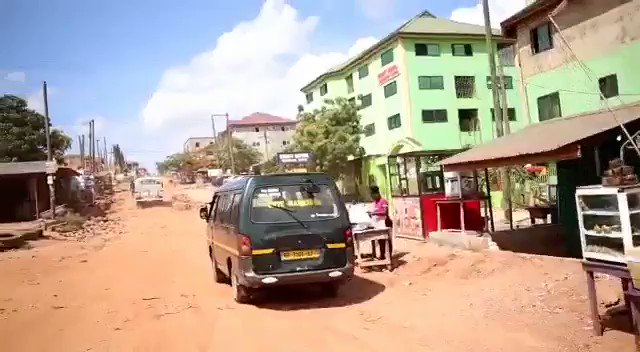 Asamoah is known for his philanthropical works. He’s on record to have constructed an sports complex with AstroTurf for his former school, Accra Academy.In Hohoe, Asamoah Gyan constructed a an ultra modern water facility for her mother’s former training college

COLLINS BIRTHDAY IS MORE REMARKABLE THAN THE FIGHT AGAINST GALAMSEY- YESU

HON ADJOA SARFO’S CHAMELEON NATURE IN PARLIAMENT IS ONE OF THE...

THE NPP IS CLEARLY OUR 21st CENTURY FOREIGN POWERS/AGENT HERE TO...