The Ghana Police Service has announced to the general public that it is no longer recruiting nor advertising recruitment processes as it has been published by some media platforms.

In a statement released by the service on the 18th of May, 2020, the service said that any form of recruitment service advertised or published is fake and also said that it would make it known to the public when it is ready to recruit through major newspapers.

The statement which was signed by the Director of Public Affairs of the Ghana Police Service, Supt. Sheilla Abayie-Buckman announced that; “Police recruits who started training in February this year, at the various Police training schools at Accra, Koforidua, Ho, Kumasi, and Pwalugu are in training undergoing scheduled training exercises.”

The statement also trashed rumors that there are ongoing recruitment fliers in the face of the President’s ban on all social gatherings.

“The Police Administration has however put in place sufficient measures to ensure social distancing maintained between and among recruits, it read.

It further argued that; “adequate measures have also been put in place to sufficiently manage any issue of coronavirus that may arise at any of the police training facilities.”

Read the full statement below: 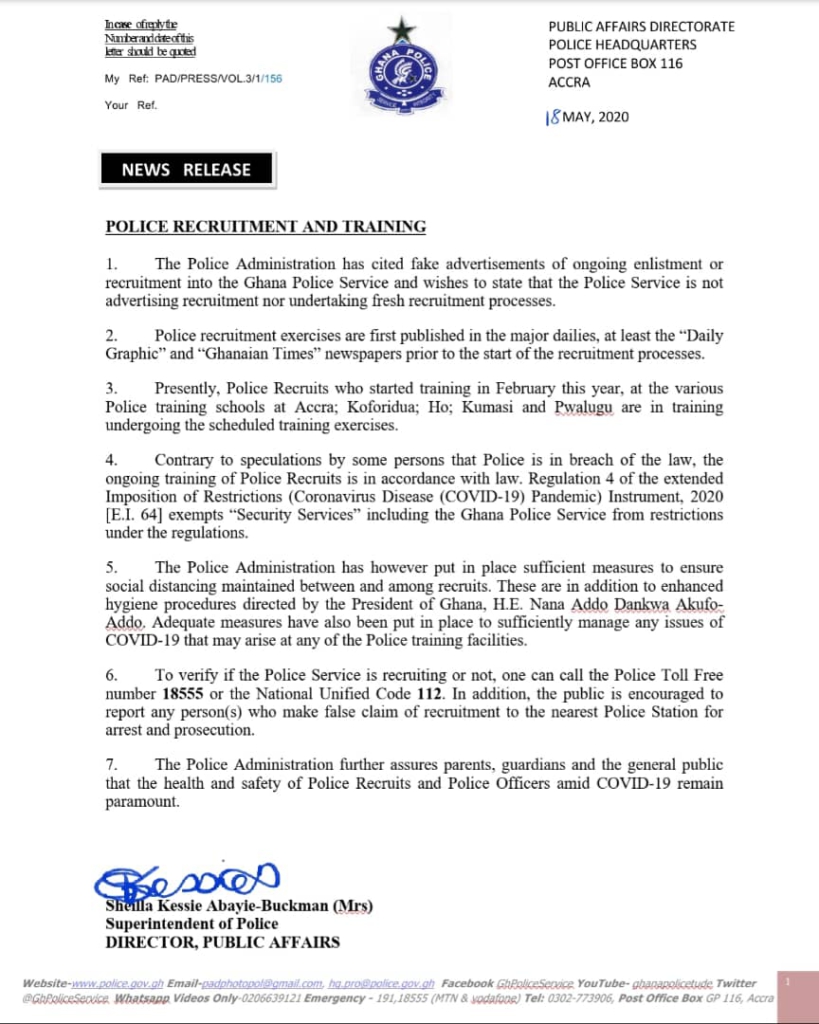 [VIDEO L£AK£D] Another LAUTECH Lecturer Caught Live Having $£.x With A...