A funeral mass has been held in honor of the late Sekondi-Takoradi Mayor, Kobina Kurentsi Sam.

Mr. Sam died in June – a few weeks after he and his driver contracted Covid-19. 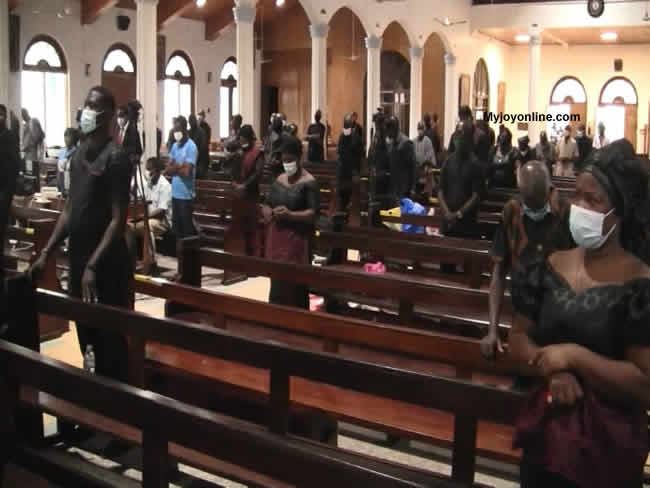 According to the presiding member of the Sekondi-Takoradi Metropolitan Assembly Kwesi Buckman, the Mayor had been receiving treatment in Accra in an undisclosed health facility before he passed.

At the funeral service held in his honour at the Lady Star of the Sea Cathedral in Takoradi, party supporters eulogized the man whose death they are yet to come to terms with.

JoyNews’ Ina-Thalia Quansah was at the service and reports that the rank and file of the NPP in the Western Region including the Reginal Minister, Dr. Kwabena Okyere Darko-Mensah still cannot believe the man President Akufo-Addo said contributed tremendously to government, is no more.

“I don’t believe he is dead. Maybe I have to see the body to be sure because it happened so fast…even on that Thursday (the day he died), I spoke to him.” 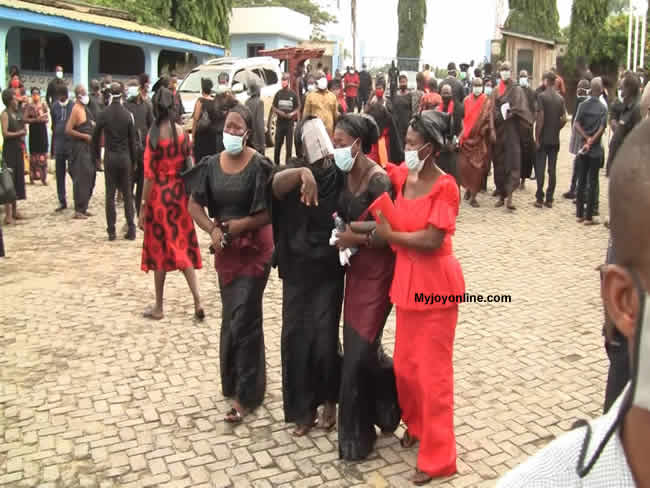 Mr. Daarko-Mensah urged the general public to be careful and observe the Covid-19 protocols because the disease is real.

The late Mayor’s son, Kweku Sagoe said his father’s death is very painful and they sometimes wonder if it is real or he has simply traveled.

“It becomes scary when you realize that the tent you have mounted in the house, this time, is not for a press soiree or end of year party but for mourning him.

“It is terrible but we take consolation in the fact that our father left a good name. He worked hard for the whole country and we take solace in that,” he added.

A private burial will be held for the late Mayor on July 17.

University Of Ghana Test Their Own Version Of VAR (Photos)

JUST IN : FDA Shut-Down COA FS Company As They Recently Claimed It Contaminated.