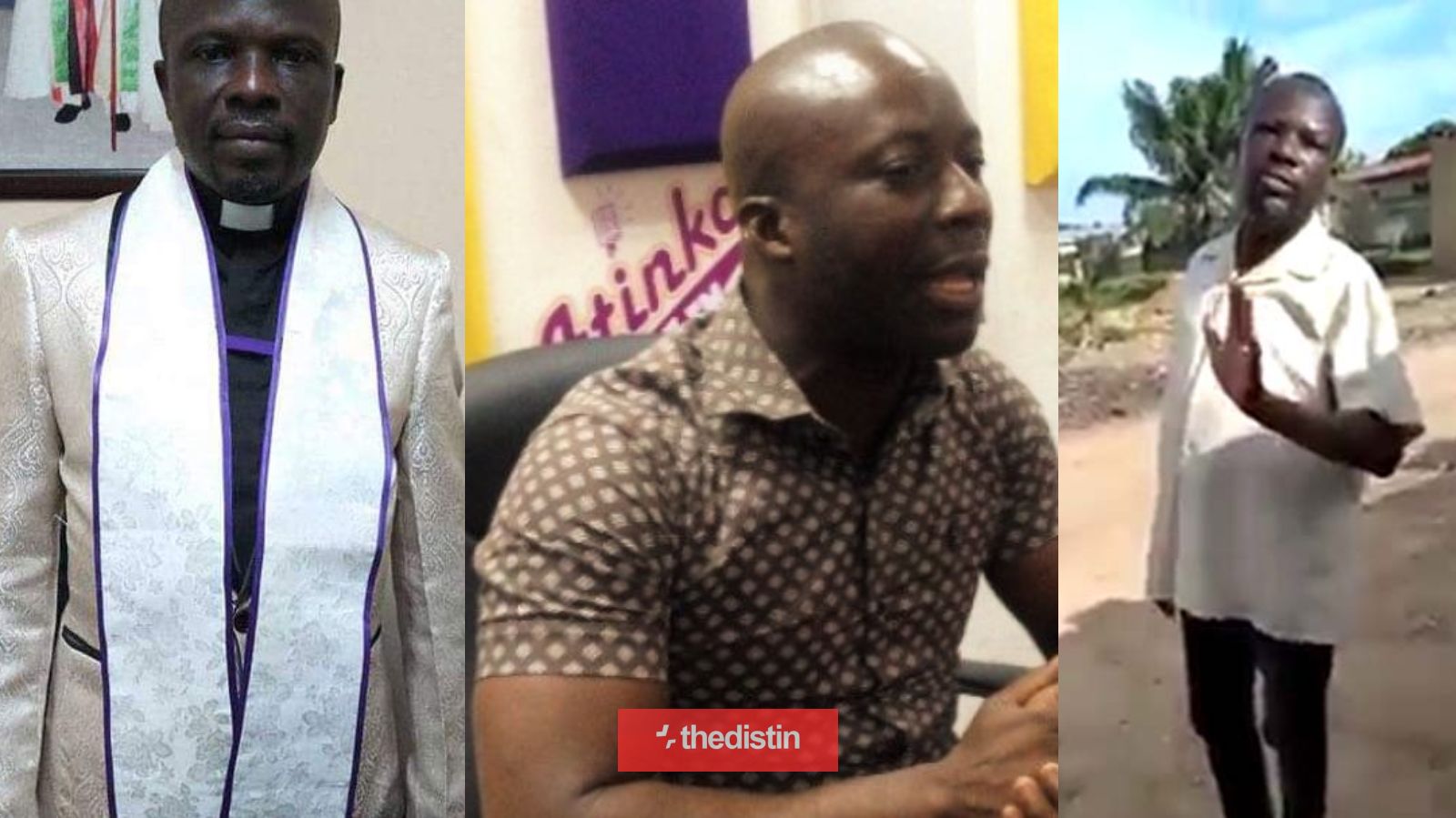 Prophet Kumchacha who happens to be a close friend of the late ‘Apraku My Daughter’ has revealed why the mortal remains of the preacher have not been buried yet.

In explaining the reasons why the delay has become necessary, Prophet Kumchccha said the outbreak of the Coronavirus and the sudden death of his mother are the two reasons why the body of the infamous preacher is still in the morgue.

He added that the close relationship that existed between himself and Apraku has become necessary for the family to decide he buries his mother before the funeral of his friend can come off.

Prophet Kumchacha in an exclusive interview with Kofi TV said rumours that the body of ‘Apraku My Daughter’ has gone missing should be disregarded.

“There is time for everything and that is what I want Ghanaians to understand. If the family postpones the burial date because of one or two reasons, is that also a crime? His body is not missing, he is resting in the morgue.

“Apraku will be buried after my mother’s funeral is held this weekend. I am going to my hometown, Apedwa to bury my mother and so when I come back, the family and I will plan his burial,” he added.

Asked exactly when the funeral would be held, Kumchacha said his mother’s funeral will be on August 8, and the following week which is August 15, will be the burial date for the late man of God.

He said the funeral will be held at the Glorious Wave Church International, headed by Prophet Emmanuel Badu Kobi.

Emmanuel Kwaku Apraku aka ‘Apraku My Daughter’ was reported dead in his room a few days after a video went viral of him heavily drunk and being mocked at by some women.

He was confirmed dead on 20th May 2020 and since then his burial has been hanging in the balance.

Govt to borrow GH¢22.7bn within next 3 months – Finance Ministry