Pope Francis has confirmed reports for the first time that a particular Malawian Diocesan impregnated 30 nuns. According to Pope Francis,…

Pope Francis has confirmed reports for the first time that a particular Malawian Diocesan impregnated 30 nuns.

According to Pope Francis, he revealed that priests and bishops in the Catholic Church had sexually abused nuns and that some priests have been suspended on several occasions.

Specifically, several examples came from Africa, where priests were said to have turned to nuns for sex during the spread of AIDS.

Nuns around the world have suffered sexual abuse by priests, sometimes resulting in pregnancy and abortion, but church leaders have “fail[ed] … to discipline” the clerics involved, the New York Times reports. According to five reports written by senior members of women’s religious orders and a priest, cases of sexual abuse against nuns have been reported in at least 23 countries.

The Vatican yesterday “acknowledged” the reports, but added that the incidents of sexual abuse are “restricted to a certain geographic area,” without clarification. Vatican spokesperson Joaquin Navarro-Valls said, “Work is being done both on the training of people and the resolution of individual cases.”

He added, however, that “[s]ome negative cases cannot let us forget the often heroic faith expressed by the large majority of those men and women in religious orders and of the clergy.” 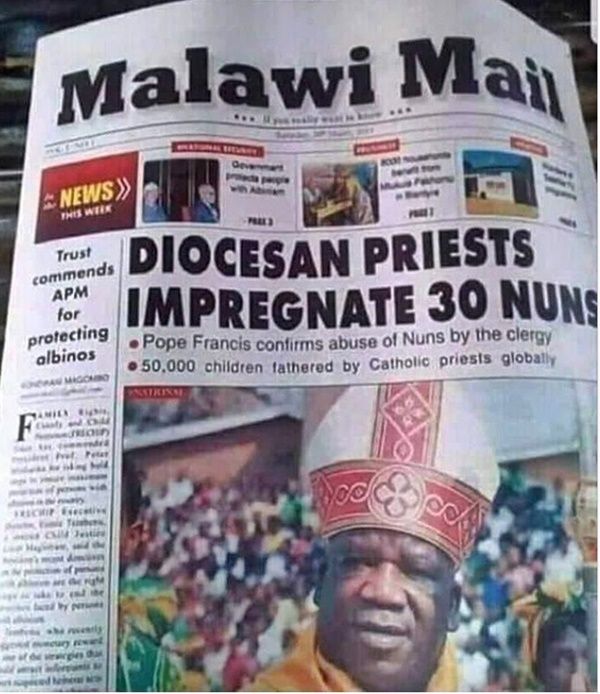